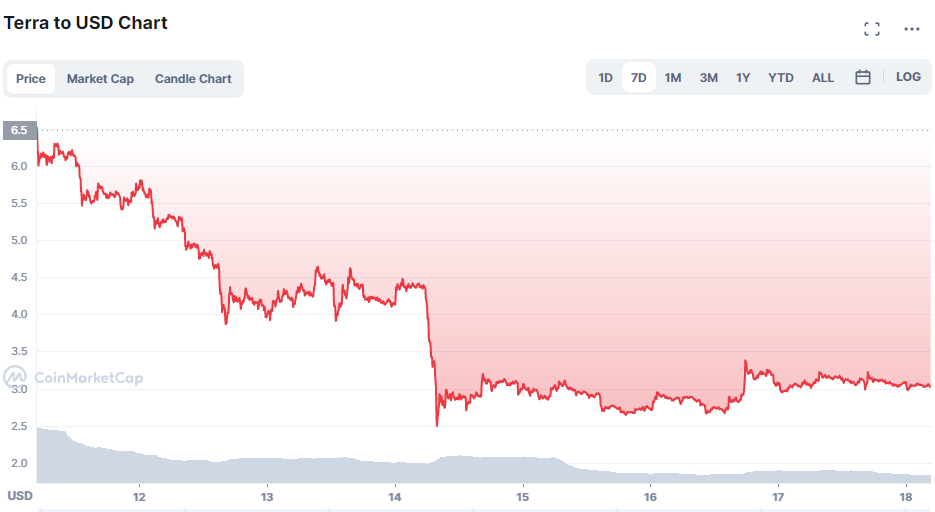 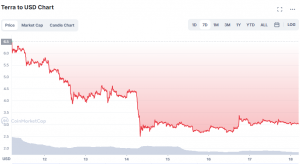 Investors in cryptocurrencies are accustomed to experiencing volatility, but the turmoil that has been experienced by the Terra (LUNA) ecosystem over the past few months has not been positive. In spite of the recent controversies, LUNA has been able to regain some of its value over the course of the past week, rising more than thirty percent.

The CoinMarketCap website reveals that, among all the cryptocurrencies, LUNA has the most interest. To what extent this coin is making a return or will drop significantly even as new participants enter the arena and start shooting to the moon is an open question in light of the recent market turmoil and the transition from Terra Luna to Terra 2.0. It’s unclear whether or not this coin is making a comeback among the market turmoil.

Moving away from the traditional cryptocurrencies that are used today, before we begin discussing price predictions for Terra, let’s learn a little more about the ecosystem. Do Kwon and Daniel Shin are the owners of Terraform Labs, who introduced LUNA in 2018.

LUNA is a blockchain-based, decentralized financial payment network. It is designed to replace the standard payment stack. The 2018 debut of LUNA was pivotal in facilitating this development. Using fiat-pegged stablecoins in the Terra ecosystem helps ensure the price stability of global payment networks.

The one-of-a-kind attribute of Terra, known as LUNA, serves as a crucial driver in completely eliminating the barrier that was posed by token mining. By doing away with the need for middlemen or authorization, it contributes to greater levels of transparency.

As a result, rather than separate cryptocurrencies like Bitcoin, the native token of Terra is known as LUNA, and it functions more like a programmable asset that tackles challenges relating to speed, scalability, and accessibility. Let’s get a grasp on the price forecast for the Terra (LUNA) cryptocurrency in the future.

Overview of the Terra 2.0 System

LUNC is the new name for the original LUNA token, which was renamed when its value was reduced in May of 2022. Concurrently, a new blockchain and the token associated with it were built. Terra 2.0 is a public blockchain system that originated from Terra Classic and grew out of it.

The idea for a new blockchain was approved on May 27 following the passage of a proposal on May 25. The blockchain itself was released on May 27. Airdropping was the method that was used to deliver LUNA tokens to UST holders, LUNC stakers, and LUNC holders. In contrast to the previous iteration of the Terra ecosystem, this new blockchain and token are not tied to any stablecoins in any way.

Terra (LUNA) On a Rollercoaster Ride

Terra (LUNA) dominated the news in May as a result of the unexpected price drop, and many people lost everything as a result of this disaster. As a result of the significant de-peg of the UST, Terraform Labs sold all of its 40,000 BTC holdings in an effort to maintain the UST peg, which caused a catastrophic decline in the value of cryptocurrencies.

The pricing of LUNA and UST both underwent significant corrections. Both the devaluation of the UST and the introduction of the new LUNA coins had a significant influence on the pricing of the latter. Anchor, a widely used lending protocol, had significant ANC withdrawals due to the fact that it promised a return of 20% on UST deposits.

After such a significant drop in price for LUNA, the majority of individuals were left with one major question lingering at the back on their heads, “Will Terra Recover?”

Do Kwon, the CEO of Terra Labs, was the one of thought of the idea of forking the Terra Blockchain as a means of reviving the LUNA project.

The new blockchain was established at the same time as one billion LUNA tokens, which were then given to holders of LUNA and UST already in circulation and used to finance the creation of new Terra applications. In the final week of May, both the new blockchain and the token were released to the public.

This new blockchain is called Terra (LUNA), whereas the old one is now called Terra Classic (LUNC). Although the mint or burn feature has been disabled, the existing blockchain is still functional and all balances have been preserved.

The initial quantity of the new coin is one billion, and the mint module will continue to issue additional tokens each block as staking rewards. The total supply of the new token is one billion. The rate of default is roughly 7% each year on average.

The price of Terra (LUNA) declined in January 2022 along with the rest of the cryptocurrency market, reaching a low of $43.57 at the end of the month; however, it quickly recovered and continued to trend upward, reaching a new all-time high of $119.18 on April 5.

On May 7, UST tokens with a total value of approximately $2 billion were unstaked, and because to the volatile pricing environment, hundreds of millions were sold quickly.

In the beginning, one new token could be purchased for around $7.9 USD. On the same day, the value reached as high as $19 before settling at approximately $5.3 at the end of trading. Following that point, the coin often trades in a bearish trend.

Many traders and investors have lost their faith as a result of the recent drop in the price of LUNA; yet, many individuals continue to believe that the new blockchain will assist in Terra’s value recovering in the near future.

On the chart that can be seen on CoinMarketCap, the candle from the day before showed a respectable increase in price, but the candle from today is red, which indicates that investors are experiencing some level of concern.

On the other hand, in contrast to the token’s early days on the market, its price stability has significantly improved at this point. Due to the fact that Terra 2.0 is still relatively new in the cryptocurrency and blockchain industries, technical analysis makes just a tiny bit of sense at this point.

As of right now, the price of LUNA, which is Terra 2.0’s native token, is trading higher than the upper range of Bollinger Bands. This is an indication that the present rally may continue. The relative strength index (RSI) is currently at 54, which indicates that momentum is neutral. In contrast, the moving average convergence/divergence (MACD) is trading above the signal line with green histograms, which indicates that momentum is positive.

The market as a whole has begun to recover from the catastrophe that occurred in May, which is one of the reasons why the short-term forecast for the token appears to be favorable. At this point, making any kind of accurate forecast for the long future is quite difficult. However, you should not use this information as investing advice; instead, you should conduct your own research before placing any money into any cryptocurrency.

The current status of the cryptocurrency market has just one redeeming quality, and that is the fact that it does not favor any particular currency over another. The vast majority of fiat currencies and cryptocurrencies have been destroyed, which is a really bad development.

However, as compared to other financial routes, the recovery time for cryptocurrency was far shorter. Many investors are still awaiting the final showdown between the surviving titans, debating whether or not it is worthwhile to invest in cryptocurrencies, and seeking the guidance of crypto predictions to guarantee that their money is kept secure.

However, the destiny of Terra (LUNA) has witnessed the worst possible outcome. In order to prevent assaults on governance, the biggest cryptocurrency exchanges have temporarily banned withdrawals on LUNA, and the Terra blockchain was also put on hold for the time being. Do Kwon, the company’s creator, made the decision to bring back the token after observing its precipitous decline in value on the cryptocurrency market.

He recommended a new hard fork as part of his revitalization strategy in order to assist in the correction of design defects of this kind that were present in the ecosystem. The new blockchain is already live, and the previous one has been renamed Terra Classic when its new name was announced (LUNC). However, it is still unclear whether or not these efforts will bring the LUNA ecosystem back to its previous state.

The price of the token first traded at roughly $4.8, and it eventually reached a high of $19.54, which is also the all-time high for this new coin. Unfortunately, just after reaching ATH, the price of the Terra cryptocurrency had a precipitous drop, falling approximately 99% in a single day.

After three days of trading in an upward trend, the price was unable to move higher than $10.7 no matter what it did. The currency was unable to maintain the upswing for even one week, and shortly after, LUNA trading began to move in the other direction. 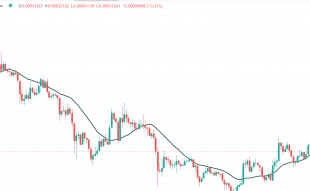 Everything You Need to Know about the Terra Classic Price — Are There Chances of Recovery?