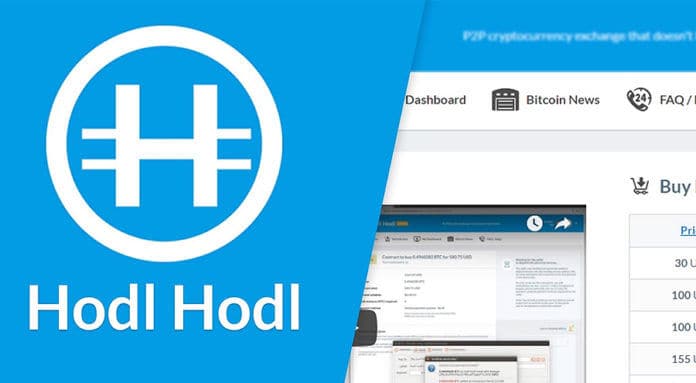 Hodl Hodl, a popular peer-to-peer cryptocurrency exchange, is working to provide its underlying software available to everyone, thus bringing an opportunity for parties to enter into the crypto exchange market. While at the Baltic Honeybadger Conference in Riga, Latvia on Saturday, top officials from Hodl Hodl explained that they understand the possibility of regulatory crackdowns affecting their business.

Speaking with news medium CoinDesk, Hodl Hodl chief executive Max Keidun said that the government has a historical track record of shutting down businesses which it sees as a threat. However, by providing the code for its smart contracts to the public, they just might be able to accommodate the threat of imminent shutdown.

Summarizing, he said, “Let’s imagine, our domain gets blocked — some activist would be able to just take the code from GitHub, fork it, and launch something new.”

Keidu remarked that there is already a lot of anticipation for the open sourcing, which he confirmed will be done sometime in the coming year. On the surging interest, he claimed that emerging markets have been particularly interested in peer to peer technology, as businesses and individuals across Asia, Latin America, and Africa have already contacted him about it.

The prospect of providing its code to just about anyone is perhaps one of the most unprecedented developments to ever occur in the history of the crypto market. The fact that it is coming from hodl Hodl, however, isn’t particularly shocking.

The exchange focuses on just Bitcoin (as the founders seem only to trust the world’s most popular crypto asset), and its exploits with rebuffing norms and going against the conventional practices.

Case and point; while traditional crypto exchanges (and even some fellow peer-to-peer platforms such as LocalBitcoins) have implemented Know-Your-Customer security measures, Hodl Hodl doesn’t do such (and it doesn’t have any plans to begin, either!)

However, perhaps the most significant act of defiance that Hodl Hodl has perpetrated would have to be circumventing security measures in China to make its services available to crypto enthusiasts in the country.

Any crypto insider knows that crypto exchanges aren’t especially allowed in China. However, last month Hodl Hodl announced via a blog post that it had been able to modify the Google reCAPTCHA service, which it uses as part of its onboarding process, to open up its services to anyone who wants to buy cryptocurrencies and trade in China.

All of these could have played into the exchange’s division to now provide the opportunity to clone its code. Recently, the Financial Action Task Force (FATF) recommended that crypto exchanges collect information relating to users (including personal and transaction-related details).

Given Hodl Hodl’s penchant for thumbing its nose at regulations, there is every possibility that it won’t be complying with the recommendations that were made by the FATF.

Thus, the exchange is in danger of being shut down by regulators. If things eventually come to that stage, cloning its code could pretty much be the only way to ensure that the exchange survives, in some way or the other.