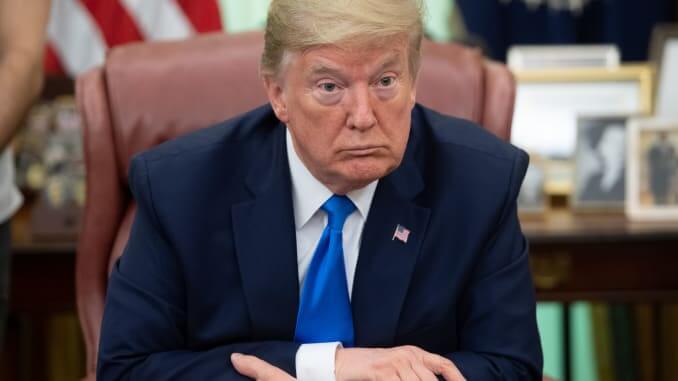 The trend of ransomware attacks appears to be continuing in full force, and even the White House is now getting roped in. Popular ransomware group REvil is now demanding millions in payments, threatening to release dirt on United States President Donald Trump, if demands are not met.

Yesterday, the group – which also goes by the moniker “Sodinokobi” – published a message. There, it explained that it would be increasing its ransom amount and upping the ante of information leaks if the potential victim didn’t meet its demands. REvil has been prominent for years. However, like several other cybercrime groups, the firm has resurfaced in the coronavirus era. It has used the disruption of activities to wreak some havoc.

REvil reportedly attacked the firm and wound up stealing up to 756GB worth of data on its clients. According to media reports, the data includes phone numbers, Emails, confidential contracts, non-disclosure agreements, personal correspondence, and more.

While media outlets didn’t reveal how much they were asking form, the gang has now released up to 3GB worth of data on Lady Gaga. This week, however, REvil is doubling down and going after the 45th president himself. As they explained in their message, they found a significant amount on the Commander-In-Chief, and they’re ready to release it.

The group also used the upcoming elections as leverage, drawing on experiences at the last elections. In 2016, an Access Hollywood tape surfaced close to the polls, where Trump blatantly admitted to sexual misconduct.

REvil Could Cost Trump His Office

There have been no links between Trump and the law firm just yet. However, a leak of sensitive data could be damaging for the president – especially at this point.

Trump is already in for a tight election with presumptive Democrat candidate Joe Biden. Given that his administration has had its fair share of controversy, any other significant scandal now could knock him far behind Biden in the polls.

In their message, REvil recommended that Trump “poke a sharp stick” at the law firm in the next week if he wanted to remain the leader of the free words. They gave the public something to look forward to, explaining that no one would want to see Trump re-elected if they had a look at the dirt they’d release.

The attackers have threatened to release the data in nine stages. To avert this, Trump will need to pay $42 million in crypto – preferably Monero, although REvil also accepts Bitcoin.

The New York Post reported that Grubman is holding steady in the face of the attack. Apart from not being willing to negotiate, the firm also doesn’t have any assurance that REvil won’t release the data if they pay.