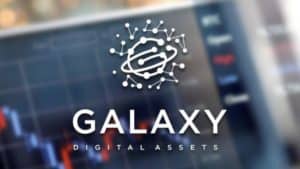 Bitcoin bulls have been harping on about the asset’s benefits to investors for years now. With the global financial markets facing uncertainties due to the coronavirus pandemic, alternative investments like gold and Bitcoin are becoming more attractive. Cryptocurrency bank Galaxy Digital wants wall street investors to focus more on Bitcoin through its recent campaign.

Grayscale Investment founder and CEO Barry Silbert posted a picture of a Galaxy Digital ad in the Financial Times. The ad was a full-page spread, advising investors to put their funds in Bitcoin.

Big ad for bitcoin in the FT today from Galaxy Digital. Love it pic.twitter.com/ro05QdvDFf

The bank further explains that the world is going through unprecedented change, and people are seeing differences before their eyes. In the face of so much fear and uncertainty, Bitcoin provides a haven for investors looking to hedge their assets and preserve their wealth.

Galaxy’s ad featured a comprehensive explanation for why Bitcoin holds so much value — both now and in the future. It’s a diametric opponent to one from Grayscale itself, which dropped only three days ago.

In a video published on Twitter, Grayscale tried to promote cryptocurrencies as a top investment medium. However, they didn’t do much to mention Bitcoin per se. The company more or less highlighted its investment products, while citing cryptocurrencies themselves in a less-than-audible manner.

HEX Fights Off the Haters with Ad in The Economist

Grayscale and Galaxy aren’t the only companies running crypto ads in this period. Controversial cryptocurrency HEX also ran a promotional campaign earlier this month in top financial newspaper, The Economist.

Brad Michelson, a marketer for stock trading platform eToro, posted a picture of the ad on Twitter, saying,  “Check out this HEX ad in @TheEconomist. Yikes….” the ad showed a bold claim from HEX that its asset’s value had jumped by 11,500 percent in 129 days.

Check out this HEX ad in @TheEconomist. Yikes… 😬 pic.twitter.com/C9ss40sOHT

It’s unclear what HEX was trying to portray here. Knowledgeable investors know that an asset jumping by that much in such a short time is sketchy. Except the firm was looking to target traders interested in get-rich-quick schemes, this marketing campaign might not have worked so well.

However, if it was a ploy to get your name out there, only a few news sources match The Economist in terms of reach. HEX has been fighting a negative publicity blitz for a while now. The asset, which launched in December 2019, claims on its website to give investors as much as 10,000 percent returns in 30 months. Such claims have come with massive criticism.

In a Medium article titled, “Under a Hex,” crypto analyst Goldman Sats slammed the asset as being worse than a Ponzi scheme.

“Not only will Richard (Richard Heart, the asset’s creator) control close to half of all HEX after the first year, but it is the first token I have seen to have its founder’s perpetual self-enrichment baked into the protocol,” Goldman explained. The criticism has continued to pour from different sides. With so much hate going around, it’s somewhat understandable that HEX will want to fight back with its own marketing campaign.

CYBAVO to Support Bitcoin SV Across Suite of Enterprise Products

Join Our Telegram channel to stay up to date on breaking news coverage CYBAVO, ...