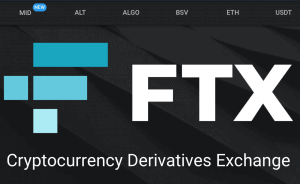 Solana has enjoyed a massive growth in adoption that has also pushed the values of the SOL token to record highs. Solana’s network is believed to be highly scalable, fast and secure. However, the network recently suffered a major 17-hour outage. The CEO of FTX exchange Sam Bankman-Fried, has attributed this outage to the rapid expansion of the network. He also talked of stablecoins, urging regulators to support these assets.

FTX CEO was giving an interview with Bloomberg, where he talked about Solana and the evolving crypto regulatory framework. Bankman-Fried has been a major supporter of the Solana blockchain project, and he states that the 17-hour outage was “sad and frustrating.”

He also stated that the network’s outage could have been caused by the rapid expansion in a short time. The rapid boom put toil to the network that was instantly forced to deal with the increased activity.

“What this is really focused on is as you try to massively scale up a blockchain, eventually you test its current limits,” Bankman-Fried stated.

The CEO also mentioned stablecoins and the role they play in the crypto sector. He stated that stablecoins have value-addition to the crypto ecosystem; hence banning them was not ideal. He proposed that instead of banning stablecoins, regulators needed to enhance regulations.

These remarks come after the US Treasury revealed that it was looking into stablecoins and assessing their risk to financial stability.

The highly scalable Solana network has been making headlines lately. The network, which is also labelled an “Ethereum killer”, has enjoyed increased adoption by decentralized finance (DeFi) projects and non-fungible tokens (NFTs). The Degenerate Ape NFT was the major turning point for the network in terms of NFT adoption.

However, more users flocking the network has presented several issues. In Mid-September, the network collapsed for several hours and users were unable to settle transactions. Solana’s CEO, Anthony Yakovenko, explained the cause of the network outage as “Raydium IDO bots trying to snipe the tokens at launch.”

The SOL token also surged due to the increased network activity to reach an all-time high of $213. However, a correction across the broader market has pushed the coin to lows of around $140.