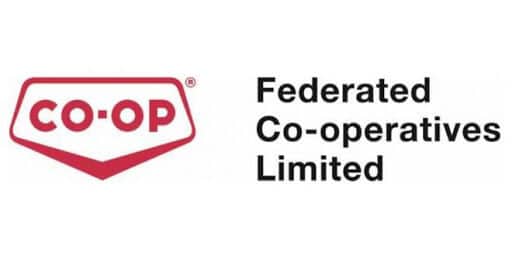 Federated Co-operatives Limited (FCL), a distribution, and procurement firm, has made a move to embrace blockchain’s potential for enhancing transactional opportunities and ease of doing business.

The FCL is one of Canada’s top 50 companies, with well above 23,000 employees. It is a co-operative established by over 170 unit retail syndicates.

According to an announcement published last week, it will be partnering with blockchain-based middleware platform Morpheus Network and using the latter’s blockchain infrastructure to initiate blockchain-based tracking. It will deploy the infrastructure across its supply chain with the hopes of optimizing business aspects such as manufacturing, administrative, marketing, and wholesaling.

The firm estimates that the blockchain infrastructure will encompass over 1,400 businesses across the Western part of Canada. In the release, Federated Co-operatives Limited pointed out that it is employing the help of blockchain technology to streamline its intricate supply chain. All of these transactions shall be administered throughout the complex supply channels of the Canadian company.

The deal with Morpheus will run for an initial 3-year period. Morpheus will deliver machine learning services, optical character recognition, and blockchain technologies to help the very diverse supply chain of the FCL. Furthermore, the blockchain firm will offer automatic tracking alongside compliance management services that will replace the group’s current model of manual processing.

Before now, the FCL used to operate a routine manual process where a number of regulatory documents were collected from over 150 suppliers. The FCL would then receive and manage all of these documents by scanning, validating, and tracking the delivery process.

Raymond Gareau, who serves as the FCL’s Supply Chain Manager, explained that the integration of blockchain technology would help to increase the efficiency of the firm’s supplier document screening and validation routine. He added that in the coming years, the company would be looking at the overall feasibility of a supply chain that will start directly from suppliers and end at the FCL’s stores directly.

The FCL’s entry into the blockchain space is just the latest in the technology’s efforts to redefine supply chain management across the world. Popular automobile manufacturer BMW has also made a blockchain commitment recently, with the German firm announcing that it would be rolling out its own proprietary blockchain supply chain platform

In March 2020, the world-renowned car manufacturer announced that it would release its blockchain-based supply chain model for ten suppliers during 2020. The proprietary platform is called PartChain, and BMW first unveiled it in 2019. At the time, the platform was used by some of BMW’S 31 plants and select locations of its major supplier, Automotive Lightning.

With both leading firms making plans to incorporate the technology into their supply chain processes, it could only point to one thing; blockchain is increasing in prominence, and we may see more of its adoption from more big companies in the near future.