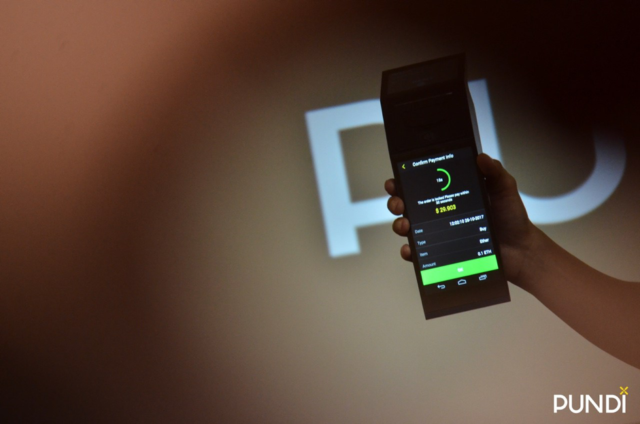 Crypto companies are expanding their operations into new territories every day as the technology becomes more widespread. There is a growing number of players in the industry, and more people are beginning to understand what technology is about.

The facilitation of day to day transactions is one application that will see blockchain being adopted into the mainstream.

Pundi X has announced that they will be launching their payment system in Panama and other countries within the same region. The POS project will be distributed by Chainzilla, a blockchain development firm.

According to Charles Gonzales, CEO of Chainzilla, Pundi X has developed a payment processor that is compatible with both traditional payment currencies and cryptocurrency.

This kind of system allows a merchant to process both payments through traditional payment merchants such as MasterCard and Visa and also payments made via crypto assets.

All these transactions can be processed on one device, the Verifone X990 on which Pundi X has been integrated.

Chainzilla will offer other services alongside the distribution of the Pundi X POS terminals.

The blockchain development company will provide merchants with the tools they need to convert cryptocurrencies such as Bitcoin into fiat currencies or stablecoins.

This will allow people to convert one form of currency to another seamlessly and to trade cryptocurrency with ease.

The two blockchain companies have educational courses through which people in Panama will be educated about the payment system.

In a fortnight, the first of the payment processors will be in Panama, and it will be presented at the Revolve Summit. The summit is aimed at arming entrepreneurs with the necessary knowledge about blockchain and the Pundi X integrated system.

A course on a blockchain will also be offered by Chainzilla which has collaborated with Panama’s Chamber of Digital Commerce and Blockchain to arm the public with information they need.

The course will be conducted in October 2019 with The Blockchain Space being another player in this educational initiative.

Pundi X and Chainzilla are aware of the regulatory difficulties they will face in their bid to employ the system in some Latin American countries.

Gonzales said that the financial technology sector in the region is fragmented and this makes it challenging to create a system which is acceptable to regulators across the region.

The fragmentation of systems in the region will slow Bitcoin’s evolution in the region, but with the right moves, the blockchain startups can be successful in their endeavor.

The application of such a system begins with providing citizens and merchants in the countries with the right education about blockchain technology and this particular payment processing system.

Gonzales added that the need for education is why they have developed courses and programs focused on educating companies, government departments, and the people who will engage with the system.

These blockchain companies have set on a mission to bring blockchain and cryptocurrency to Latin America.

Payment systems are vital in furthering the interests of the crypto industry, and Pundi X’s integrated POS machines will go a long way in getting more people to adopt cryptocurrency in Latin America.