Homenewscrude oil resistance at 110 is a correction round the corner 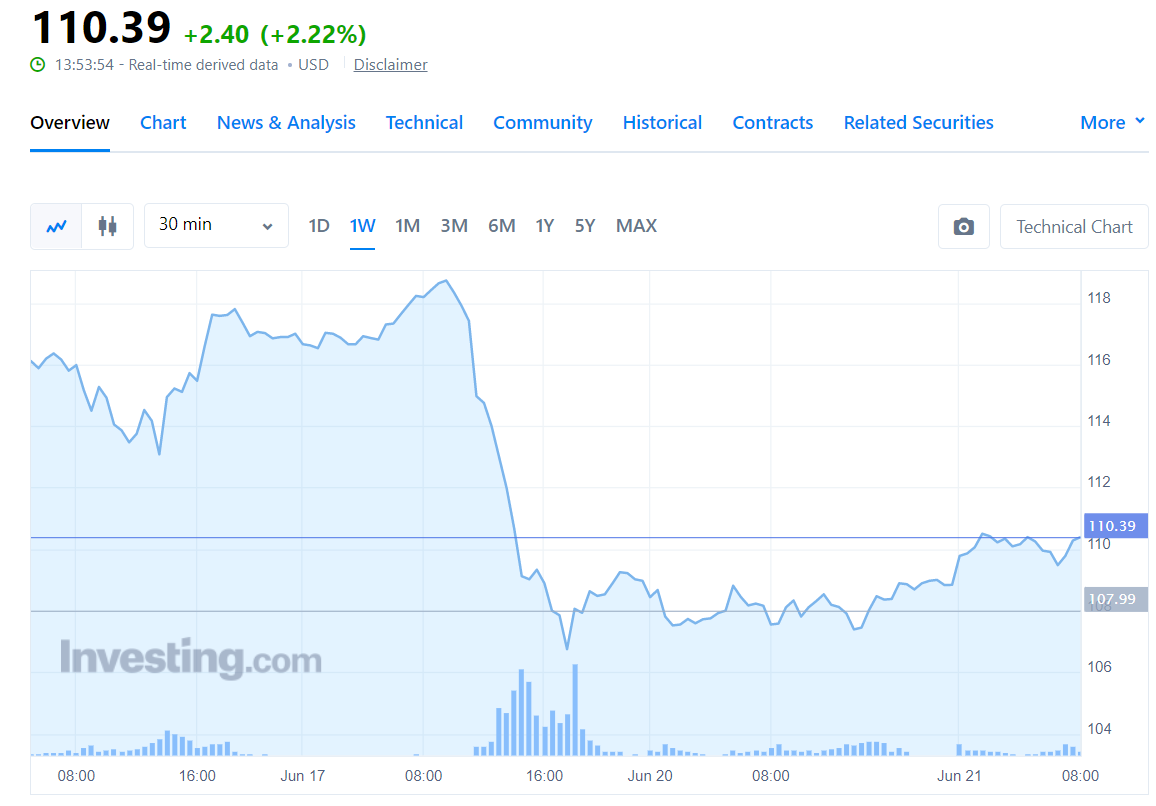 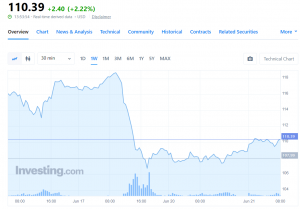 Although the broad markets have been sluggish, with the NASDAQ and S&P 500 both in bear markets, oil equities have performed well. Energy firms are among the top 15 gainers in the S&P 500 this year.

After Russia’s invasion of Ukraine, crude oil prices have held up well this year. While most analysts are gloomy on the markets and believe the S&P 500 will fall to 3,500, they are optimistic on energy companies.

Oil prices, on the other hand, have recovered from their 2022 lows and are again encountering resistance near $110 per barrel, according to traders. Is this a sign that energy stocks are on the verge of a correction?

Oil prices appeared to be on their way to new all-time highs at one point. They have now withdrawn, though. Notably, crude oil prices remain much below their all-time highs set in 2008. Energy equities have attracted the attention of a number of fund managers.

Warren Buffett, the chairman of Berkshire Hathaway and a famed value investor, has poured billions of dollars into energy businesses while selling some protective pharmaceutical equities.

To begin with, restrictions in China, the world’s largest crude oil importer, have not been totally relaxed. High fuel costs are also causing demand destruction in a number of other countries.

China and India have increased their imports of Russian crude oil on the supply side as well. The worldwide crude oil supply chain has been relieved as a result of this.

However, Europe, which is Russia’s largest consumer of oil and natural gas, intends to wean itself off Russian energy in the medium term.

Russia was the world’s third-largest crude oil production and exporter last year, according to the International Energy Agency. It would be difficult to quickly cut off Russian energy supplies, especially since other big providers such as Iran and Venezuela are also subject to sanctions.

Energy stocks are expected to continue to thrive in 2022, according to Goldman Sachs. It did, however, forecast market dispersion and provided a list of energy equities it thinks would succeed.

ConocoPhillips (NYSE: COP), Phillips 66 (NYSE: PSX), and Halliburton are the companies in question (NYSE: HAL). Phillips 66 was included in the brokerage’s list of convictions.

Even as he advised against purchasing the fall in certain beaten-down tech companies, Jim Cramer is positive on energy equities.

It is to be noted that Recession concerns have grown in the United States. Former US Treasury Secretary Larry Summers has also joined the chorus, predicting a recession in the near future.  Most oil optimistic brokerages may not be factoring in a recession in their price estimates.

Many analysts are now forecasting a recession in the United States, which may reduce energy consumption and drive down oil prices.

Most oil and gas corporations have increased their payouts as a result of rising energy costs. Unlike defensive firms, whose dividends are more consistent, energy companies’ distributions are based on current energy prices. 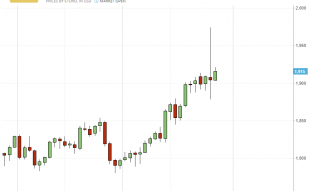