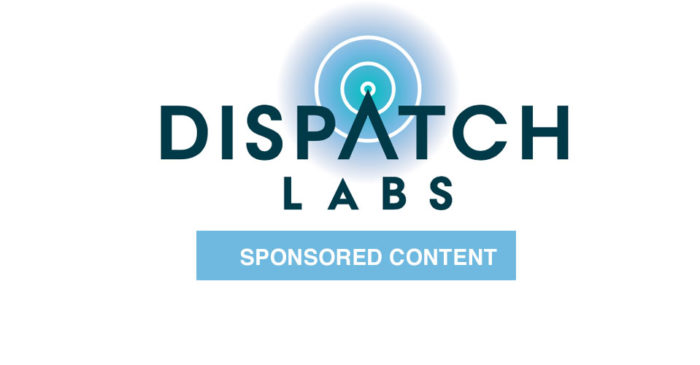 As cryptocurrency moves into the center of public spotlight amidst volatile growth, much attention has been dedicated to its mammoth energy consumption from mainstream critics.

A report from Morgan Stanley claims that in 2018, mining Bitcoin will consume as much energy as the entire country of Argentina, a country with 44 million inhabitants. By some estimates, Bitcoin is over 5000 times more energy-intensive than VISA per transaction. Annualized mining costs for the network total nearly $2.5 Billion, quite a significant percentage (1.6%) of the currency’s market capitalization. In its current form, cryptocurrencies would require an unsustainable level of energy supply and costs to rival our traditional banking system in scale. Slow transaction speeds, with Ethereum transactions often taking up to minutes, do little to justify such a power-hungry network as a viable alternative to existing centralized payment networks such as PayPal.

The picture being painted is one of energy wastage, economic impracticality and antithesis to digital currency’s raison d’être of increased transactional efficiency. The focus on price speculation instead of widespread adoption of cryptocurrency as a legitimate payment method further obscures the true benefits and potential of blockchain technologies. However, as I will explain below, a few new startups are beginning to adopt a new consensus algorithm called Delegated Proof of Stake (DPoS), superior in energy efficiency, speed and decentralization, that may be the first step to a future of diverse decentralized applications.

The energy consumption problem stems from the core consensus algorithm in Bitcoin and Ethereum, known as Proof-of-Work (PoW). First coined in an academic paper in 1999, the algorithm was initially used to prevent denial-of-service attacks (DDoS) by requesting evidence of “work”, or expended computing time. Bitcoin and Ethereum applies the idea to ensure the immutability of its ledger, incentivizing individual miners across the world to race on solving computational puzzles and verify a shared block of transactions as quickly as possible. The system is designed so as currency prices rise and more miners are incentivized to participate in the competition, the difficulty of solving puzzles would increase accordingly to counter-balance the spike in overall computing power and ensure a consistent rate of one block generated every 10 minutes. Assuming 100 miners simultaneously race to solve the same block, even if only the 1 winner takes the reward, the other 99 miners would have expended nearly the same amount of power during the race. By its computing-intensive nature, it creates an impossible barrier for hackers to take control of enough mining nodes for any substantial effect on the chain, but also consumes ridiculous amounts of processing power and bandwidth to achieve this purpose.

It is ironic that behind-the-scenes, the two poster childs of digital currency are anything but virtual. Proof-of-Work-based cryptocurrencies’ heavy reliance on physical resources in both cheaply available electricity and expensive computer hardware lead to increased centralization of mining in China, estimated to control three-quarters of worldwide Bitcoin supply. The region’s operations, however, are now threatened by an impending crackdown by the Chinese government.

Without true decentralization, blockchain-based distributed ledgers would fail to deliver on promises of preventing manipulation, collusion or regulatory interference. Major mining groups can hold the entire chain hostage, known as a 51% attack, by colluding to control a high probability of creating the next block, giving them the power to reject valid transactions as they please. Crackdowns on mining activity by local authorities will also lead to more network congestion, lack of reliability and price volatility.

However, cryptocurrencies are not resigned to a pessimistic future with limited scale, low decentralization and high cost. A new wave of blockchain startups are moving on to experiment with other viable consensus algorithms, a major alternative being Proof-of-Stake (PoS), that generates new blocks based on cleverly designed economic incentives rather than a rat race of computing power. Validators on the network hold a probability of block generation proportional to the amount of tokens they are willing to stake. Hackers have little incentive to attack the chain as they would need to hold a majority of tokens to do so, disrupting the network would only cause their own tokens to depreciate in value. However, critics have expressed concern over the “nothing-at-stake” problem, where validators may stake nothing and fork multiple side chains maliciously to disrupt consensus formation on the main chain. Unlike Proof-of-Work where a hostile fork would not work unless the majority of computing power on the network is willing to switch to the new side chain, causing the attacker to waste its own computing resources, attackers on a PoS network have nothing to risk for forking multiple side chains.

Delegated Proof-of-Stake (DPoS) presents one possible solution to this problem by having stakeholders elect witnesses they consider trustworthy to verify the chain and delegates to form a consensus on the network’s development. It prevents malicious actors from staking insignificant amount of tokens to attack the chain, while maintaining stakeholders’ power to vote on the network through replacing problematic witnesses when necessary. Overall, the network is more fair, decentralized and energy-efficient as heavy capital investment in mining rigs and massive consumption of power are not pre-requisites for becoming a witness, nor will centralized control of tokens give certain validators too much power. Compared to maintaining a chain across tens of thousands of nodes, this voting-based system also requires less nodes run only by elected witnesses and enable use of higher block sizes, leading to faster transaction speeds and lower costs.

One of the companies aiming to make use of the benefits provided by DPoS’ lower costs and higher energy efficiency is Dispatch Labs. While Ethereum paved the way for the development of smart contracts and decentralized applications, storing data we regularly consume (e.g. pictures and video) on a distributed ledger is completely impractical due to both its PoW-based validation, small block sizes and large number of nodes. Not only is Dispatch’s DPoS-based network more efficient, they devised ways to store large files off-chain, using the ledger only to keep track of the metadata and transaction records, and thus enables development of complex decentralized applications that are comparable to internet services we use every day (e.g. content delivery networks, streaming services.)

Are you still doubting blockchain’s path forward giving its existing limitations? There is no reason to be as DPoS just might enable a bright future for the space.