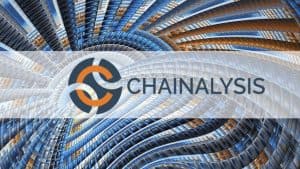 Chainalysis, a blockchain analytics firm, has announced that it has purchased Excygent, a cybercrime investigative company. The financials of the deal have not been disclosed by either of the two parties, but they have both stated that they will work together to fight ransomware attacks.

On Tuesday, the CEO of Chainalysis, Michael Gronager, stated that the firm was partnering with Excygent to seize cryptocurrency linked to the Silk Road marketplace on the dark web. The two will also work together for additional purposes, such as closing down a major website that advocates for child abuse and getting rid of campaign strategies linked to terrorism financing and others.

Furthermore, the Chainalysis CEO added that the staff of Excygent would also be absorbed by Chainalysis, and they would join the Investigations and Special Programs teams of the analytics company. Both teams will work together to support investigations related to the use of cryptocurrencies to facilitate cybercrimes.

In an interview, Gronager stated that “Following the flow of ransomware payments on the blockchain is instrumental for law enforcement to understand and dismantle ransomware operations. As paradoxical as it seems, it can actually be beneficial to investigators when bad actors choose to use cryptocurrency when committing crimes.”

Gronager also discussed the role that Chainalysis had played in investigates cases related to cybercrimes. One of the cases that he specifically highlighted was the one involving NetWalker, in which a ransomware hacker targeted healthcare institutions during the pandemic. During this ransomware attack in 2020, the threat actors made a way with over $25 million.

The other report that Chainalysis has worked on is the one involving Suex OTC, a business based in Russia. The US Treasury recently highlighted this company for its involvement with hackers and allowing them to access cryptocurrencies sent to these hackers for ransomware. According to Chainalysis, tens of millions of cryptocurrency payments in Suex originated from wallet addresses linked to cybercriminals.

Gronager states that the transparent nature of cryptocurrencies ensures that investigators can root away bad characters and create a financial ecosystem that is safer and secure.

Over the past year, Chainalysis has been invested in creating a safer cryptocurrency environment. Because of its investigative role, the analytics firm has received support from the US government and the private sector. In June, Chainalysis received a $100 million funding in a funding round led by Coatue. This increased its valuation to around $4.2 billion.

Easy Crypto Exchange in New Zealand Raises $11.5M in Series A Funding Round

Join Our Telegram channel to stay up to date on breaking news coverage Easy ...