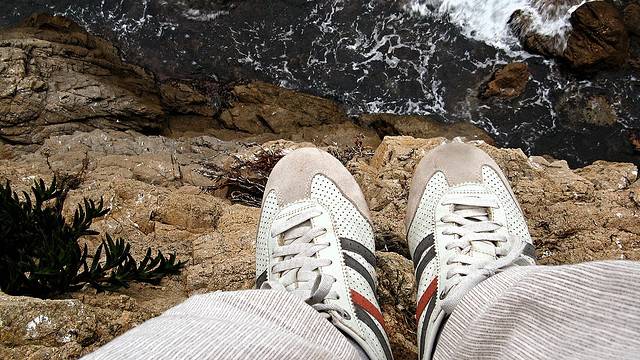 LONDON (InsideBitcoins) — One common talking point surrounding bitcoin that is returned to again and again is the question of its volatility. Whilst all currencies fluctuate relative to the value of the world’s principle reserve currency, the US dollar, the value of bitcoin remains unpredictable; speculation, loss and gain, has become an everyday cost of doing business with the cyrptocurrency.

But how risky is it? In a recent article for Investopedia, Prableen Bajpai quotes bitcoin investor and venture capitalist Barry Silbert as saying bitcoin is “pretty much the highest-risk, highest-return investment that you can possibly make.” On what basis was this conclusion reached?

Two important figures taken at face value do indeed seem to back up the claim; a one day drop of 61% in the value of bitcoin in 2013 and another of 80% in 2014 stand out as landmark moments. Certainly, investors with significant reserves of bitcoin choosing to panic-sell on what amounted to bitcoin’s very own version of ‘Black Tuesday’ would have felt the pinch. And yet, viewing two specific dates as examples of an overall trend has the tendency to mire the observer in a wealth of academic speculation or to put it less politely, ill-informed guesswork.

Inside Bitcoins asked Dr. Kevin Aretz, senior lecturer in finance at The University of Manchester’s business school to help clarify the issue.

“Looking at the underlying data, the average annualized return of bitcoins over the last year is around 106%, their volatility, again annualized, is around 90%,” Dr. Aretz said. In other words, on the whole, people are making money on the currency, so long as they choose the right moment to buy and the right moment to sell. Such an evaluation is however, necessarily laden with caveats.

“A problem with the expected return estimate is that it is based on only one year of data, far too little to make any definite conclusions about the real (unobserved, because it exists only in people’s heads) expected return. I would guess that bitcoins have a fairly high expected return — they are new, exciting and therefore highly volatile — but probably the return will never be greater than 50%. I would also guess that since bitcoins are fairly sensitive to the economic climate that they will probably go down in the next recession as much as they rose over the last year. That certainly makes them a risky prospect.”

That there is risk involved in bitcoin is of course, news to nobody. Bitcoin’s history has been dotted with incidents of successful and not so successful amateur speculation; indeed, it may well be speculation that is driving the entire industry. However, the question is not one of risk, but of the scale of the risk. Are bitcoins truly the most high-risk investment option out there?

“A 90% annualized volatility is huge, but not unheard of. Derivative products easily have such a high risk. But there are also other primary assets; take, for instance, highly distressed equity,” Dr. Aretz explained.

Compensation for the high risks taken

“Investments into derivative products, such as call and put options or even more exotic options, are considered to be extremely risky, especially when you short these — that is to say, you sell these to someone else — as commercial banks do,” he continued. “It’s hard to estimate expected returns, but my hunch would be that such products can have an expected return as high as 30%-40% per annum. The high expected returns [are] however nothing but compensation for the high risks taken.”

In other words, bitcoin might be risky but those willing to take that risk stand a chance of being well remunerated for their gamble. And it seems that it’s this willingness to take risk that is underlining the principle reason why the currency refuses to stand still.

“There aren’t that many new currencies and most of them are linked to some established fiat,” Dr. Aretz added. “Having said that, for a currency, this is an extremely high volatility and my guess is that the huge swings we are seeing are due to the fact that those speculating on the currency have limited experience with investment.”

Opinions expressed do not represent the opinion of MecklerMedia and are not recommendations of whether to buy, sell or hold shares of bitcoin or other investments. Investors are advised to do their own research before making a decision. Past bitcoin price performance is no guarantee of future price appreciation.