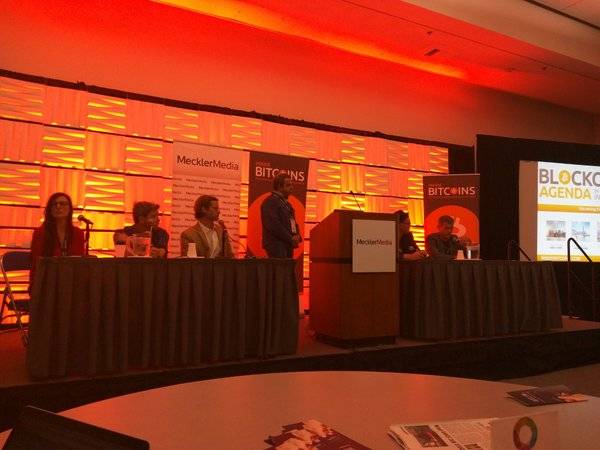 One of the most captivating panels on the final day of last week’s Blockchain Agenda San Diego was Bitcoin 2.0 and Blockchain Startups: What Really Matters? This panel featured a variety of Bitcoin startup founders, and the main focus of the conversation was disintermediation.

Bitwage Founder and COO Jonathan Chester was one of the speakers featured on this panel, and he explained how Bitcoin and Bitwage are disrupting the legacy banking system via the blockchain. He stated:

“[One] side of the disintermediation comes down to trust, so the side that we are disrupting is the corresponding banking system and how things move from one country to another.”

As Chester noted in his own presentation on day two of the conference, international payments are a key area of disruption for Bitcoin.

One of the first topics of discussion during the Bitcoin startups panel had to do with the specific industry or business each startup is attempting to disrupt. In Chester’s response, he provided an example of the issues with international payments between specific countries today. He explained:

Because bitcoin is digital cash, there are no IOUs involved in the system. When someone sends someone else a Bitcoin payment, that bitcoin is “as good as gold”.

Due to all of the intermediaries involved with certain banking relationships, money transfers between some countries can be slow and costly. Chester made sure to hit on the point of regulatory costs associated with international money transfers during his remarks:

[Read More: Why Bitcoin Could Be More Important Than the Internet for 5 Billion People]

A New Trust Layer for Banks

In Jonathan Chester’s view, the Bitcoin network can act as an alternative to the current system of intermediary banks. He explained:

“This is all because these banks don’t trust each other. They have private ledgers; they’re not showing each other their ledgers. So what Bitcoin is doing by having this public ledger is inserting a level of trust that just did not exist before. And by inserting that trust you are now disintermediating the [intermediary] banks.”

By using Bitcoin, anyone from an individual to a financial institution can confirm the legitimacy of a payment they receive within roughly ten minutes. In the case where an asset or currency other than bitcoin is desired, the bitcoin can be exchanged for any other asset after it has been received. In such a scenario, Bitcoin is essentially acting as a trust layer between two parties who do not know each other.