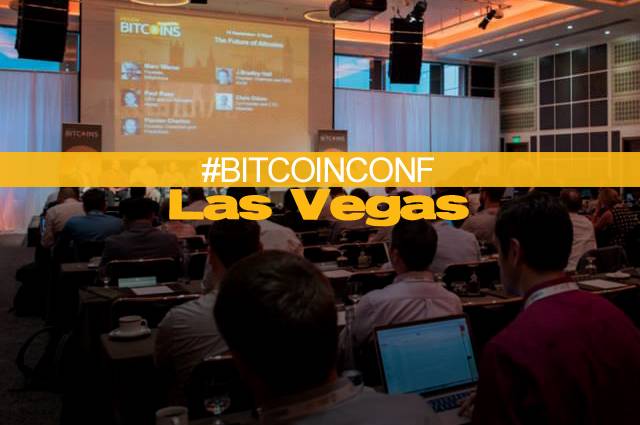 LAS VEGAS (InsideBitcoins) — With a weekend price slump on everyone’s mind, Day Two of the Inside Bitcoins Conference kicked off in Las Vegas. Gil Luria, managing director of Wedbush Securities delivered the opening keynote address, describing the digital currency as “a crowdfunded app.”

“Bitcoin is a financial instrument unlike any other we have ever seen. It’s a unique animal. It looks like a currency, it looks like a commodity, but to me it’s equity in a payment network.” The hope is that bitcoin technology will go far beyond being either a commodity or a currency.

Comparing bitcoin with Napster and the Segway, Luria projected the price of bitcoin to be played out in three possible scenarios. As in the case of Napster, Bitcoin could change the world but be ruled illegal by the marketplace and ultimately not be the specific technology widely adopted. Or, in the case of the Segway, it could end up being a niche application. Or the third, and most hopeful outcome for bitcoin believers: it becomes the working capital of trade; that companies and countries begin using the cryptocurrency because of its efficiency as a payment network. Unfortunately, Luria assigns only a 0.05% probability for that most rosy of scenarios.

In light of its history of wild price deviations, Luria also warns Bitcoin will always be inherently volatile. And that volatility drives trading.

“Volatility ain’t all bad,” he said. “Volatility is something traders seek out.” Using the stock market as an example, Luria pointed out that the more volatility in a financial instrument, the greater the frequency of trading. “As Barry Silbert said, ‘Trading is one of the first killer applications of bitcoin.’ The hope is that trading activity will create the monetary base that will make everything possible.”

Including a $1000 price target that Wedbush Securities projects within a 12-month period.