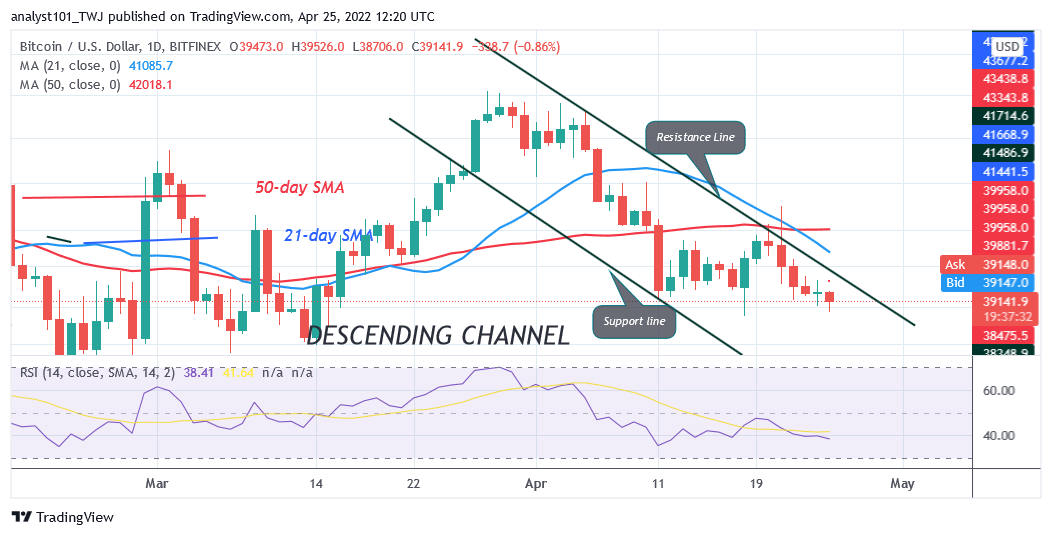 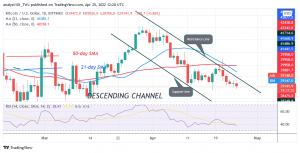 Since April 11,BTC/USD has remained stable between $39,200 and $42,000 price levels but gradually slides to $37K. Recently, the bears broke below the $39,200 support which resulted in the downward move. Bitcoin risks further decline as the cryptocurrency trades in the bearish trend zone.

On April 25, Bitcoin (BTC) price dropped sharply to the low of $38.706 as bulls bought the dips. Bitcoin has not recovered above the lower price range. The bullish momentum could not be sustained to the previous highs. Consequently, BTC price is fluctuating below and above the $39,000 support. Since April 21, the BTC price failed to break above the moving averages as Bitcoin declined below the $40,000 psychological price level. The following day, the BTC price also lost the $39,200 support. Bitcoin has fallen to the low of $39,111 at the time of writing. The current downward push may continue to the $37,000 low as the crypto trades in the bearish trend zone. Nonetheless, if the BTC price rebounds above the current support, the cryptocurrency will reclaim the $39,200 high and rally to the $40,000 price level. Bitcoin is gradually sliding to the $37,000 low.

Bank of Canada Conducts 3 Questions of Financial Literacy on Bitcoiners

The Bank of Canada conducted a study of four years of annual surveys from 2016 to 2020 with the sample sizes ranging anywhere from 1,987 to 3,893 respondents. The study was titled “Bitcoin Awareness, Ownership and Use: 2016-20”. The conclusion from the study was that: “Bitcoin owners displayed greater knowledge about the Bitcoin network than nonowners, yet they scored lower on questions testing financial literacy.” The financial literacy testing was based on three multiple-choice questions that focused on interest rates, inflation, and stock/mutual fund comprehension.

The three Bitcoin questions focused on supply, the digital ledger, and whether the network is backed by the government or not. On Bitcoiners, the survey data found “In particular, Canadians who were young, male, employed, had a university degree, high household income, and relatively low financial literacy were more likely to own Bitcoin.” On non-Bitcoiners, the data found that those that scored high on financial literacy were “more likely to be aware of Bitcoin but less likely to own it.” Also, “We find that between 2018 and 2020, the level of Bitcoin awareness and ownership among Canadians remained stable: nearly 90% of the population were aware of Bitcoin, while only 5% owned it.”

Meanwhile, BTC price has  fallen to the oversold region of the market as Bitcoin gradually slides to $37K. Meanwhile, on April 11 downtrend; a retraced candle body tested the 78.6% Fibonacci retracement level. The retracement indicates that BTC will fall to level 1.272 Fibonacci extension or $36,990.10 price level. 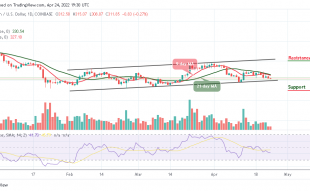