Homenewsbitcoin miners have accumulated around 600m worth of btc since feb 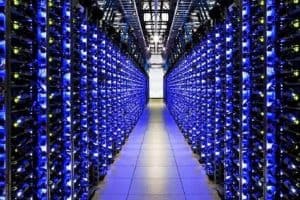 The recovery in Bitcoin mining hashrate has led to miners accumulating more coins. The latest report from Glassnode shows evidence of an increase in Bitcoin miner balances.

The September 20 on-chain report from the analytics firm showed that crypto wallets linked to Bitcoin miners had accumulated 14,000 BTC worth around $600 million in the past six and a half months.

Glassnode also noted that miners have held on to their coins because of the bullish sentiment in the Bitcoin market between 2020 and 2021. Hence, instead of miners selling Bitcoin to cater for their mining expenses, they were holding on to their earnings, speculating that prices would increase.

Since this dip, the hashrate has recovered significantly. The network has currently recovered by around 52% to 137 Exahashes. The recovery in this hash rate shows that Bitcoin mining operations are recovering, and mining activities have started to go back to normal.

Despite the gains, the Bitcoin mining hash rate is still 34% lower than its May high of 184 Exahashes.

Despite the recovery in hash rates and the number of coins accumulated by miners, mining firms have not performed well in terms of shares. The value of shares of mining firms that are publicly traded has dripped, attributed to dips across the broader financial markets. This recession has also been caused by speculations that Evergrande, a leading property firm in China, will default on its liabilities.

Riot Blockchain has also suffered a dip in the value of its stock since the price corrections that happened on September 20. The mining firm recently announced it was developing a data centre in Texas that will expand its hashrate. The firm’s stock has dipped by around 2.4%.

The stocks of Hive Blockchain and Marathon, both firms, have also dipped by over 1.5%. Hut 8 shares have also dropped by 5.4% in the same period, which shows that the four leading Bitcoin firms in North America have been dipping.

Nevertheless, the stocks of these mining companies have performed worse than Bitcoin. Bitcoin’s price underwent a sharp correction on September 20, and it is currently trading at $43K, after a 4% dip in 24 hours.

Join Our Telegram channel to stay up to date on breaking news coverage BTG ...