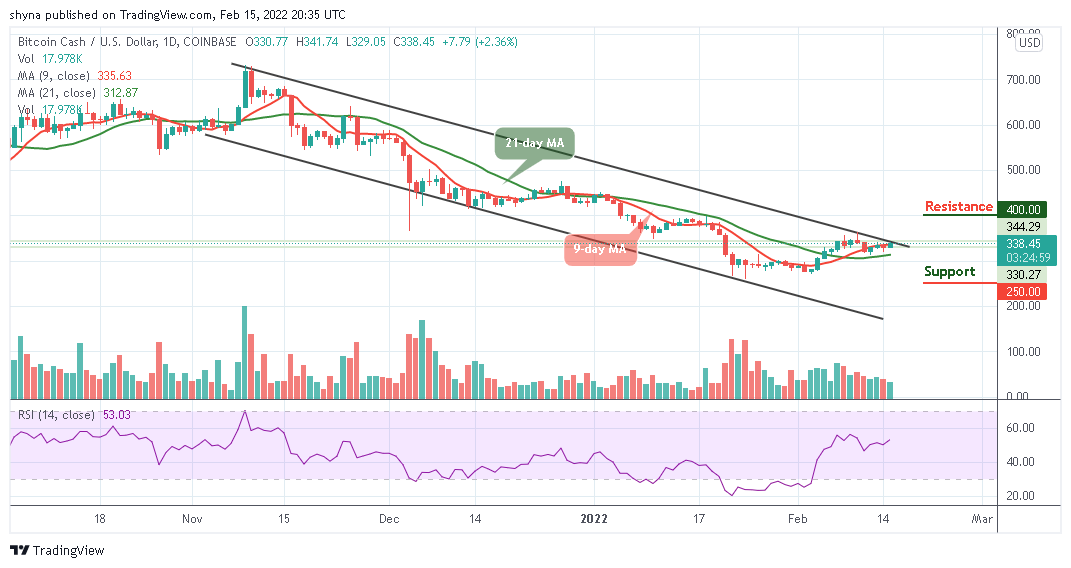 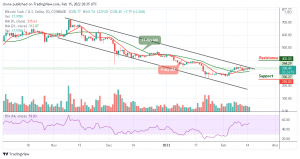 The Bitcoin Cash price prediction shows that BCH is attempting to cross above the upper boundary of the channel as the coin touches $341 high.

BCH/USD peaks at $341 today, after which the coin begins to consolidate within the channel. Meanwhile, the price not staying above $700 may ruin the long-term technical picture of the coin. However, the Bitcoin cash will have to stay above the 9-day moving average in other to guide against the downward pressure while the closest support expects the coin at $300, which could be a daily low.

At the time of writing, the Bitcoin Cash is likely to trend to the upside. However, the movement above the upper boundary of the channel may likely push the coin to the resistance levels of $400, $450, and $500. On the downside, a bearish movement below the 9-day and 21-day moving averages could stop the initial upward movement and create bearish momentum with the focus to bring the market to the next support levels of $250, $200, and $150 respectively.

At the moment, the technical indicator Relative Strength Index (14) moves to cross above 55-level, which indicates that the market may follow an uptrend. Looking at the daily chart, the 9-day moving average remains above the 21-day moving average which could allow the buyers to concentrate on stirring action to the north.

Compared with Bitcoin, the Bitcoin Cash is sliding below the 9-day and 21-day moving averages. Meanwhile, following the recent positive sign, the BCH price may go down if the sellers sustain the pressure further.

However, if the bears succeeded in breaking below the lower boundary of the channel, the market price may reach the support level at 650 SAT and below. In other words, a positive move could allow the coin to go above the moving averages and push the price to the resistance level of 900 SAT and above but, the technical indicator Relative Strength Index (14) is likely to cross below 40-level which could boost the bearish movement. 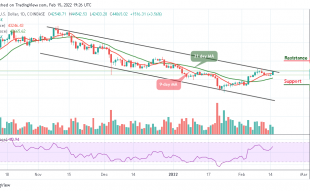