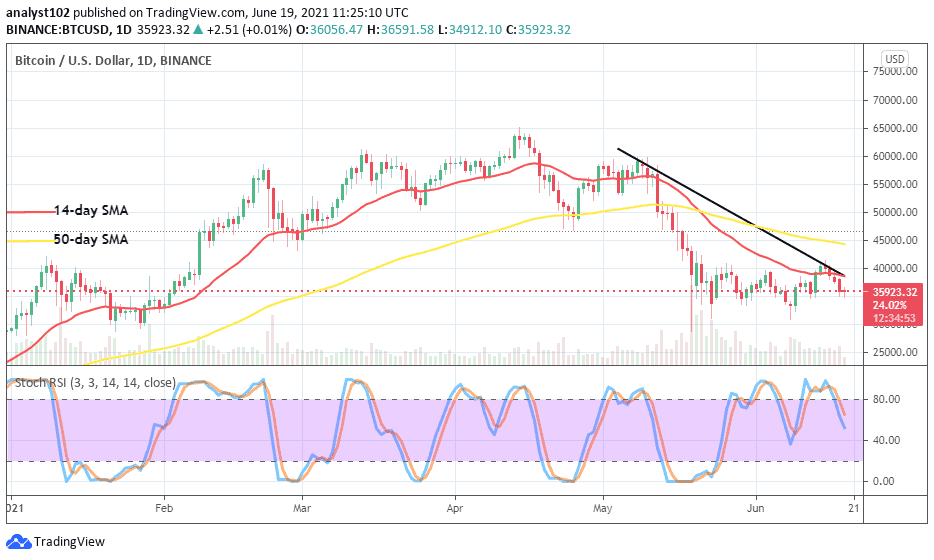 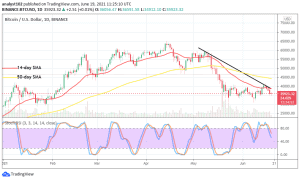 Bitcoin Price Prediction – June 19
The price worth of BTC/USD declines, touching the lower range zone at $35,000. The crypto economy is yet to be done as it continues to trade in ranges. The market’s rate is now around 0.06 percent to trade at the level of $35,942.

BTC/USD – Daily Chart
The BTC/USD daily chart has showcased the crypto’s price declines,
touching the lower range that it has continually maintained over time. On June 14, the market strived to move briefly past the immediate resistance trading area of $40,000. On the subsequent day’s session, the crypto began declining on a lighter and serially note in range-bound zones. The 50-day SMA indicator is located around the level of $45,000 above the 14-day SMA trend-line as the bearish trend-line drew downward across the bigger SMA to get placed closing with the smaller SMA trend-line from the top. The Stochastic Oscillators have crossed southbound closely above range 40. That still suggests that some degree of fall-offs are somewhat ongoing in the market.

Will the $35,000 level remain an area of touching lower range in the next activity?

Some indications are in support of getting to see the level of $35,000 remaining the area of touching lower range in the next activity. The formation of today’s candlestick comes up with very less active motion. Meanwhile, the reading of the Stochastic Oscillators, yet suggests that a relatively declining movement is to some extent being in place. That said, it appears that bulls may soon be finding support around the point earlier mention.

At this point of trading level of around the lower range, bears should have to be cautious of following any attempted move to push southward against the spot as it could in no time result in the settling of trap for sell positions. But, for time being, a downward force seems to feature on a low-key form that doesn’t maximally support the traders’ bias of going short further. Therefore, bears may have to put off the market for a while presently. 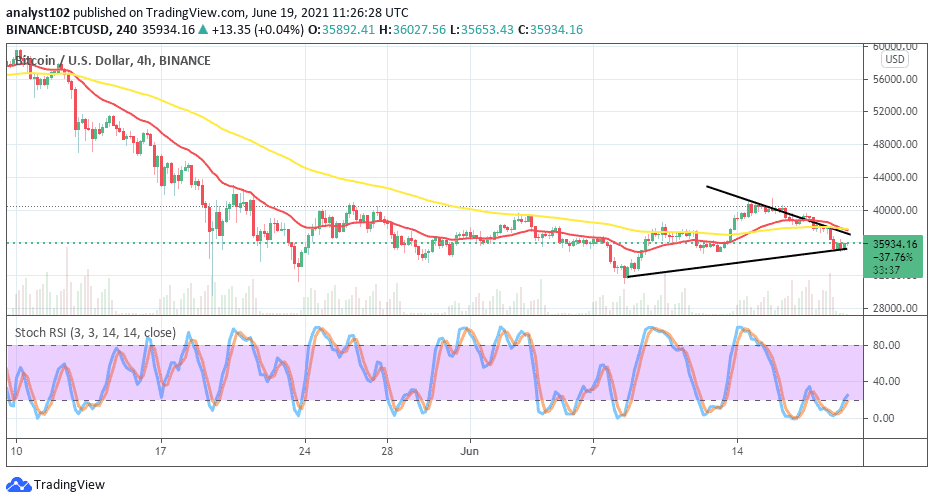 There has been a decline in the valuation of BTC/USD as depicted on the medium-term chart. Touching the lower range of around the level of $36,000 on the 4-hour chart, the price yet slightly moves downward to the bullish trend-line path playing a supportive role below the bigger SMA. The 14-day SMA trend-line has slantingly crossed from the top to join the 50-day SMA indicator as the bearish trend-line drew across them to the south to place tightly below them. The Stochastic Oscillators are seemingly consolidating in-between range 40 and oversold region. But, they now appear crossing the lines pointing northbound. That probably indicates that very soon there will be a resurfacing of an upswing. 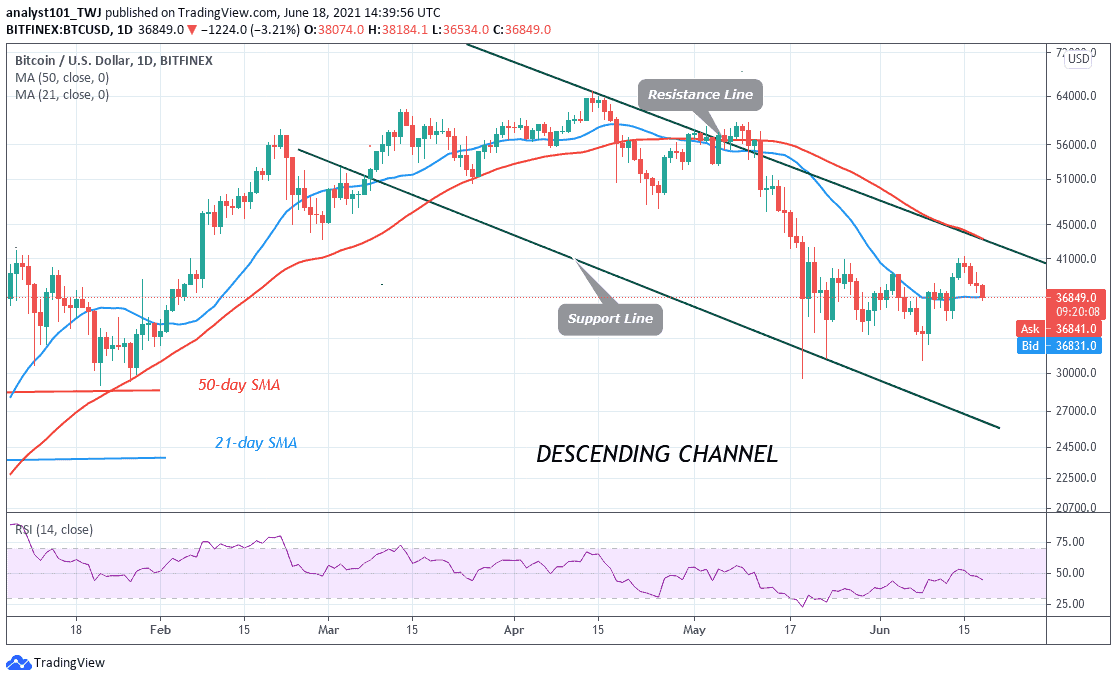