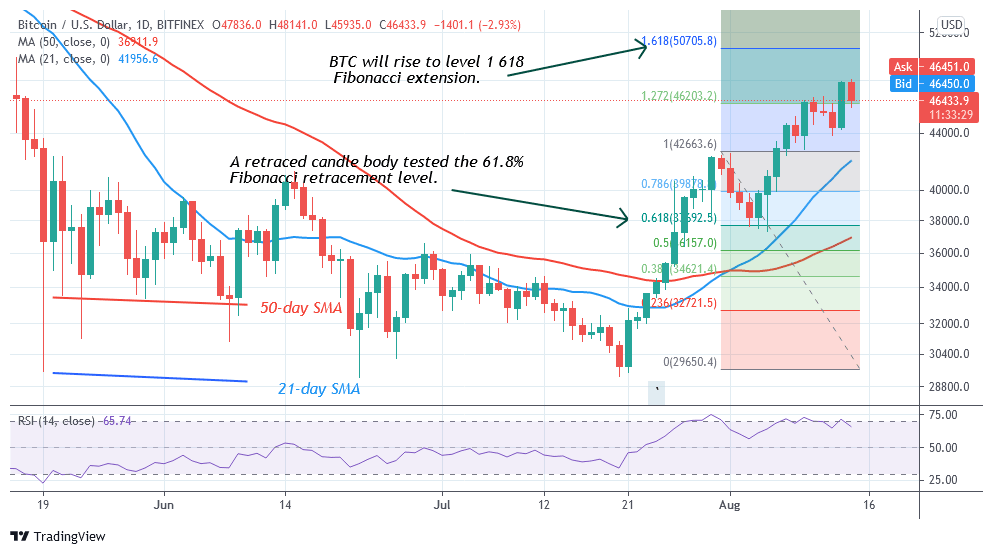 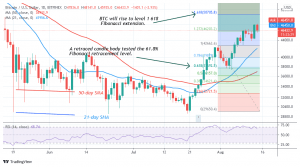 Since July 31, Bitcoin bulls have been able to sustain recent rallies above $40,000 as it holds above $46,000. BTC price is making a series of higher highs and higher lows. On August 3, BTC’s price made a higher low above $38,000 support which propelled Bitcoin to reach the previous price levels. Today, BTC’s price is falling after rejection from the $48,000 high.

Today, BTC price has fallen to the low of $46,281 as it holds above $46,000 . Buyers have failed to sustain the bullish momentum above the $48,000 high. Besides, BTC/USD has been overbought for some days. The current selling pressure has subsided as Bitcoin finds support above the 21-day SMA. The bullish momentum will resume if price finds support above the moving averages. On the upside, if the bulls break the $48,000 resistance, Bitcoin will rally above the $50,000 psychological price level. However, if the selling pressure resumes and breaks below the $38,000 support, the downtrend will resume. Meanwhile, the BTC price is consolidating above the 21-day SMA for a possible upward move. Presently, Bitcoin is trading at $46,826 at the time of writing.

Argentina’s President Supports Bitcoin and a CBDC- As it holds above $46,000

Argentina President Alberto Fernandez has indicated support for digital assets and the idea of exploring central bank digital currency (CBDC). The president thinks that Bitcoin acts as a hedge against inflation in the broader global economy. Nevertheless, the country’s Central Bank head has rejected the idea of the president. The head of Argentina’s Central Bank, Miguel Pesce, dismissed the proposal that Argentina would explore a central bank digital currency (CBDC). Miguel Pesce indicated that cryptocurrency is a threat to economic stability and foreshadowing tighter regulations for the sector. According to Miguel Pesce, the Central Bank wishes to prioritize “preventing low-sophistication investors” from engaging the crypto assets, stating: “We are concerned that (cryptocurrencies) are used to generate undue profits on unsuspecting people.”

Meanwhile, BTC’s price is consolidating above the $45,800 as it holds above $46,000. Also, Bitcoin is facing rejection at the $48,000 high. A breakout above the $48,000 resistance will signal the resumption of uptrend. A breakdown below the current support will cause Bitcoin to decline. Meanwhile, on August 14 uptrend, the retraced candle body tested the 61.8% Fibonacci retracement level. The retracement indicates that Bitcoin will rise to level 1.618 Fibonacci extension or level $50,709.70. 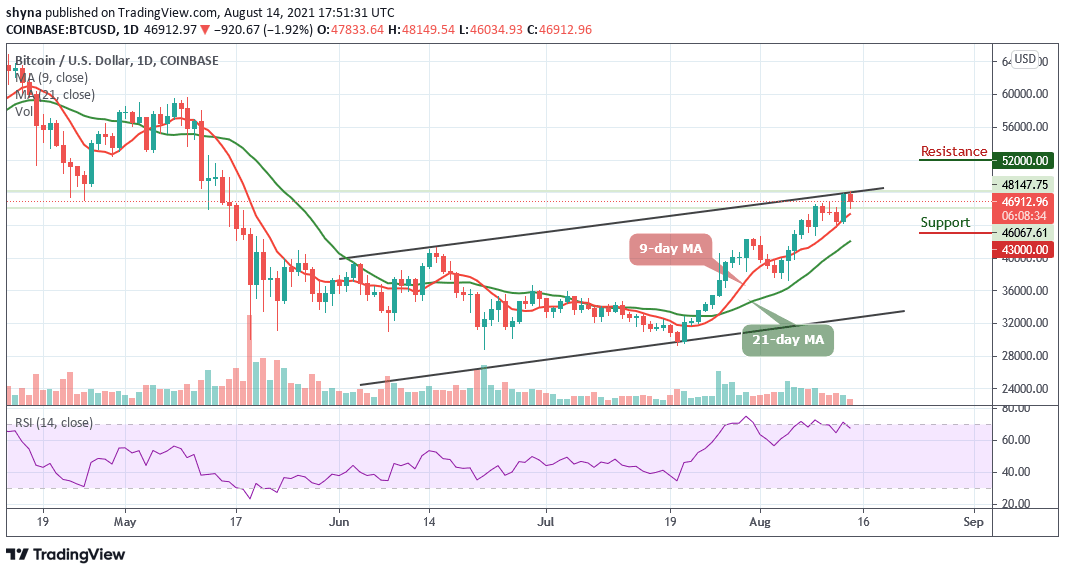