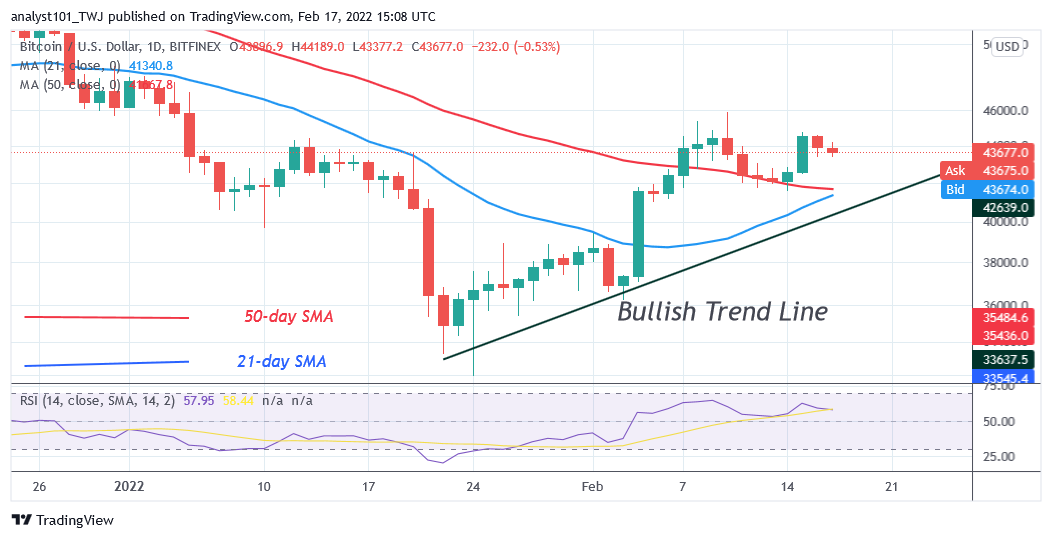 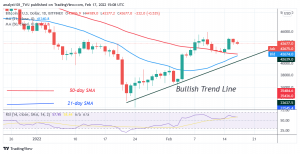 Today, Bitcoin’s (BTC) price faces rejection at the recent high as Bitcoin risks further decline. Since February 8, BTC/USD has been confined between $41,800 and $45,000 price levels. The largest cryptocurrency is likely to encounter a price breakout or breakdown when the range-bound levels are breached.

Following the rejection at the $45,000 overhead resistance, BTC price has resumed a downward move. The bears are likely to push BTC prices to the lower price range. For the past week, the largest cryptocurrency has been trading in a tight range between $41,800 and $45,000 price levels. On the upside, Bitcoin will rally to the $50,000 psychological price level if the bulls overcome the $45,000 resistance level. Later, the bullish momentum will extend to $52,000 high. Today, BTC price has been declining to the downside. Nonetheless, if the bears succeed in breaking below the $41,800 support, the downtrend will resume. Bitcoin will decline to $39,000 low.

Banning Bitcoin Is Same as the Internet, by Anton Siluanov

Russia’s finance minister Anton Siluanov has indicated that banning Bitcoin is the “same as banning the internet, which is impossible”. However, Elvira Nabiullina who is Bank of Russia’s governor argued that banning Bitcoin in Russia was “quite doable.” According to the finance minister, regulating the cryptocurrency industry is better than banning it as this would allow the government to finally monitor the market. “What’s wrong with that, I don’t understand why it should be banned,” Siluanov said at the briefing. According to the minister: “The Central Bank wants to put an outright ban on crypto assets, arguing that this creates risks, primarily for citizens and can ‘infect’ financial institutions, banks as well as create an opaque settlement market”

From the recent price action, Bitcoin’s (BTC) price is approaching the $40,000 psychological price level as Bitcoin risks further decline. It appears that the crypto will retest or find support above the $39,000 breakout level. 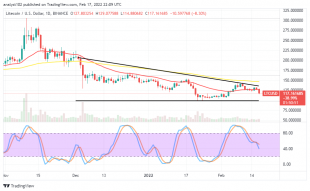