BTC/USD Takes a Breather as Bitcoin Consolidates Above $60k – November 6, 2021

Today, BTC/USD has declined above the $60,000 psychological price level as Bitcoin consolidates above $60k. The price movement is characterized by small body indecisive candlesticks called Doji. These candlesticks indicate that buyers and sellers have reached a period of indecision. The bulls and bears are contemplating the next direction of Bitcoin.

Yesterday, the BTC price corrected upward but was repelled at the $62,200 high. Today, Bitcoin has slumped to the $60,000 psychological price level. BTC’s price is consolidating and trading above the current support. Since November 2, and after the rejection at the $67,000 high, the market has been in a steady decline. The crypto’s price is making a series of lower highs and lower lows. There is every indication that the downtrend will continue if price breaks below the current support at $60,000. Interestingly, the present support has not been broken since October 28. However, if the bears break the present support, the market will decline to $53,750 low. Conversely, if the support holds, Bitcoin will resume an upward move to retest the $64000 resistance.

Joseph O’Connor, otherwise known as PlugWalkJoe on the internet has been charged with charges relating to May 2019 cryptocurrency exchange hack. He was accused of absconding with digital assets valued at $784,000. His charges include a raft of wire fraud, computer hacking, money laundering, and identity theft counts. Authorities believe that O’Connor utilized SIM swap attacks. That is an artifice of fraud where 2FA phone calls and text messages on cryptocurrency companies are rerouted to a device controlled by the scammer. He took control of their employers’ systems by diverting over 7 BTC, 407 ETH, 6363 LTC, and 770 BCH from wallets maintained by the corporation on behalf of their users to wallets under his own control. Joseph O’Connor is fighting extradition to the United States from Spain, where he was arrested in July on charges brought in the Northern District of California.

Meanwhile, Bitcoin bulls are defending the current support as Bitcoin consolidates above $60k. BTC/USD is capable of resuming upward if price rebounds above the $61,000 support. The bullish momentum will break above the moving averages and retest the $64,000 resistance. 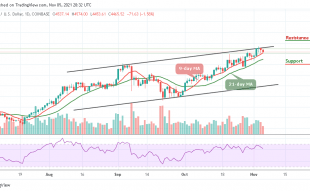