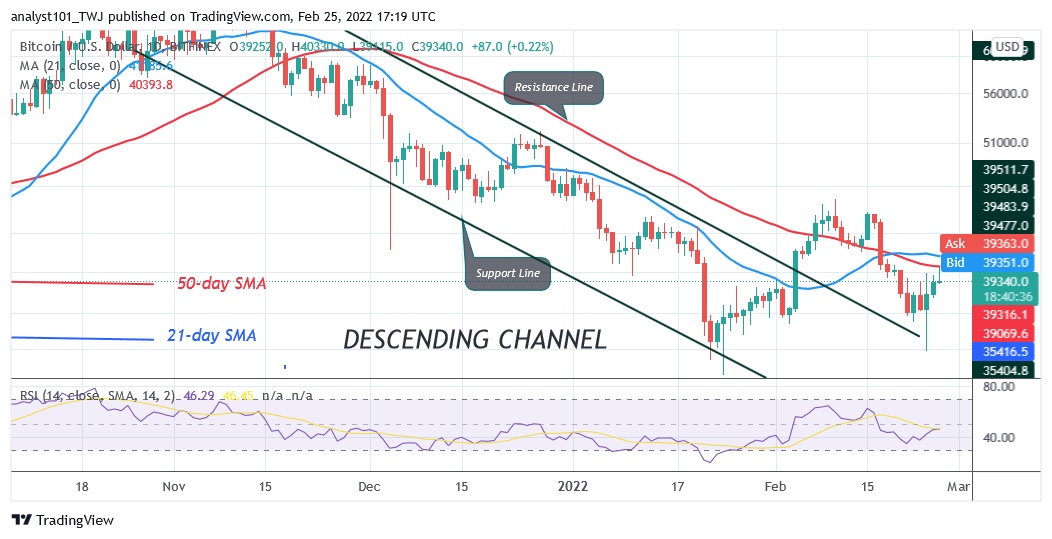 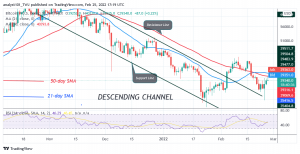 Today, the bulls are attempting to break the crucial resistance at $39,000 as Bitcoin risks decline below $39K. BTC/USD will face an uphill task to resume upside momentum as the market reaches an overbought region. Bitcoin will retrace to $35,000 low if the BTC price fails to hold above the recent high.

According to reports, Russian Bitcoin miners are on the run even though the government is invading Ukraine this week. The U.S. and allied NATO nations have imposed sanctions on the invasion of Ukraine territory. According to the Cambridge Bitcoin Electricity Consumption Index, Russian miners accounted for about 11.2% of the global Bitcoin hash rate as of August 2021. However, with the recent sanctions, it is unclear how the local BTC sector and the broader market will be affected.

Besides, some crypto mining firms have halted their services in response to the Russian invasion. For instance, Ethereum-focused Flexpool has halted its services in Russia. However, BTC Miner Compass Mining CEO confirmed to customers in Russia that its mining infrastructure will remain operational in the region. The CEO, Whit Gibbs indicated that the company’s mining facilities in Eastern Europe are located safely in Serbia. The mining facilities are safe and outside any “geopolitical unrest.”

Today, buyers are attempting to keep BTC prices above the $39,000 resistance zone as Bitcoin risks decline below $39K. The uptrend is being resisted as the market reaches an overbought region. It is doubtful if the bulls are capable of overcoming the resistance level. However, a price rebound is possible to clear the resistance zone. 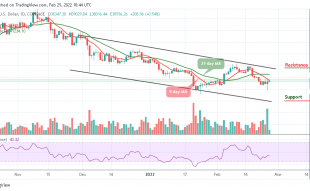