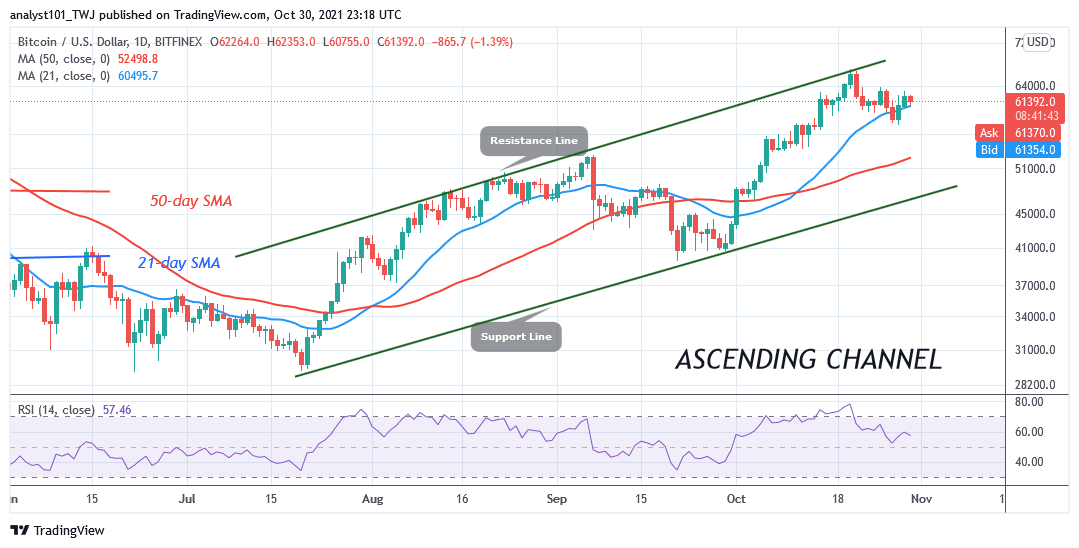 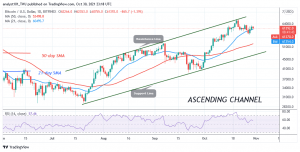 Bitcoin Pulls Back Above $61k As Bitcoin Trades Marginally – October 30, 2021

Today, BTC/USD has retraced to the low of $60,755 as Bitcoin trades marginally . There is a long candlestick tail pointing to support above the $60,800 low. The candlestick’s tail indicates that the $60,800 price level is a strong buying support. BTC’s price pulled back above $61,000 support and resumed consolidation. Bitcoin is currently battling with a minor resistance at $63,000.

Indian Government May Consider Regulating Crypto as a Commodity

According to the officials from the country’s Finance Ministry, the potential legal framework would treat cryptocurrencies closer to commodities than currencies. Some Indian lawmakers have come to an agreement that this approach would serve as an alternative to an outright ban on digital currencies in the country. India’s Finance Ministry indicated that any potential law on cryptocurrencies would likely come around the time the government submits the Union Budget of India in February. The officials are engaging with the Reserve Bank of India, or RBI, to work out the details of any crypto legal framework.

Today, BTC/USD has fallen to the low of $60,800 but pulled back above $61,000 support as Bitcoin trades marginally . Meanwhile, on October 29 downtrend; a retraced candle body tested the 50% Fibonacci retracement level. The retracement indicates that Bitcoin will fall to level 2.0 Fibonacci extension or $60,794.80. 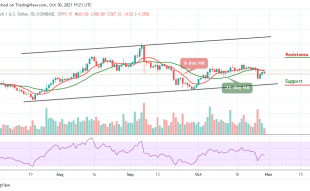