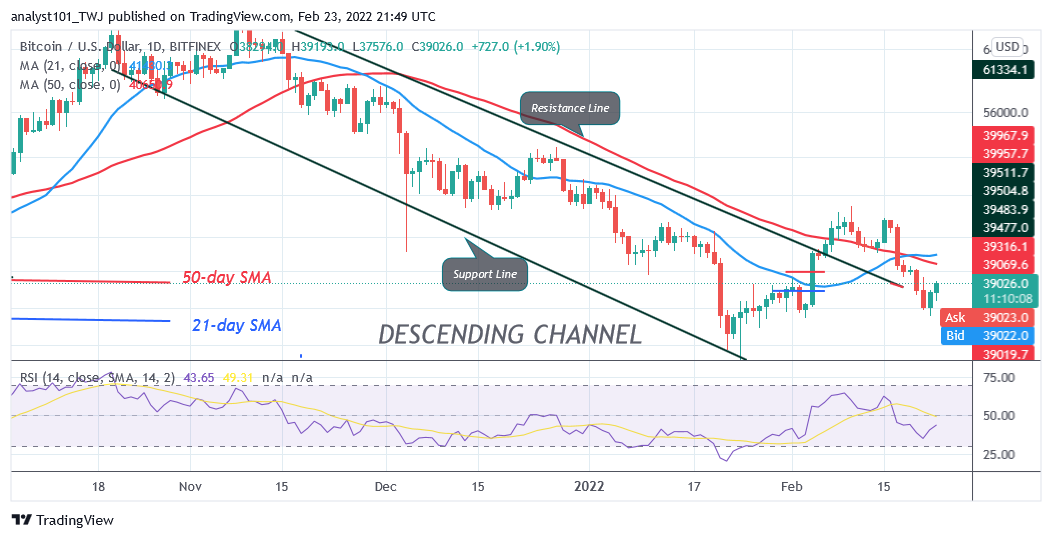 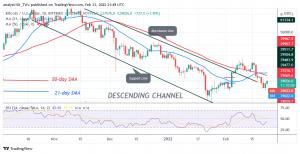 On February 22, BTC/USD fell to the low $36,402 as bulls bought the dips but Bitcoin faces rejection at $39K. Bitcoin has fallen to the historical price level of February 3. On February 4, BTC price rebounded above the current support as Bitcoin reached the previous high of $45,000. Today, buyers have begun to push Bitcoin to the previous high. The largest cryptocurrency has reached a high of $39,084 at the time of writing.

A Mexican senator, Indira Kempis, representing the Nuevo León state in Mexico, is working on a crypto bill based on El Salvador’s Bitcoin Law. She is certain that Bitcoin should be legal tender in Mexico because its adoption can positively drive global financial inclusion. She insisted and said: “It is clear to me that financial exclusion is one of the public problems that few of us have addressed with feasible alternatives, and that this type of technology is allowing us to generate an alternative so that millions of people can be included in the financial system”.

She was categorical in her statement when she said Bitcoin adoption will be a historic event for countries to address the issue of inequality and achieve financial inclusion. According to her: “We need Bitcoin to be legal tender in Mexico because if it is not so and make that decision as El Salvador did, it is very difficult to take action.” Because of this, the senator is preparing a cryptocurrency bill based on El Salvador’s Bitcoin law which she will pass to the Mexican Congress this year.

Meanwhile, BTC/USD recovers above the $36,000 support as Bitcoin faces rejection at $39K. The $39,000 price level is the level to watch. The breaking of this level will determine whether Bitcoin will resume upside momentum or not. In the meantime, Bitcoin will be compelled to a range-bound move if it fails to break above recent high. 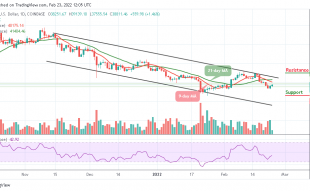