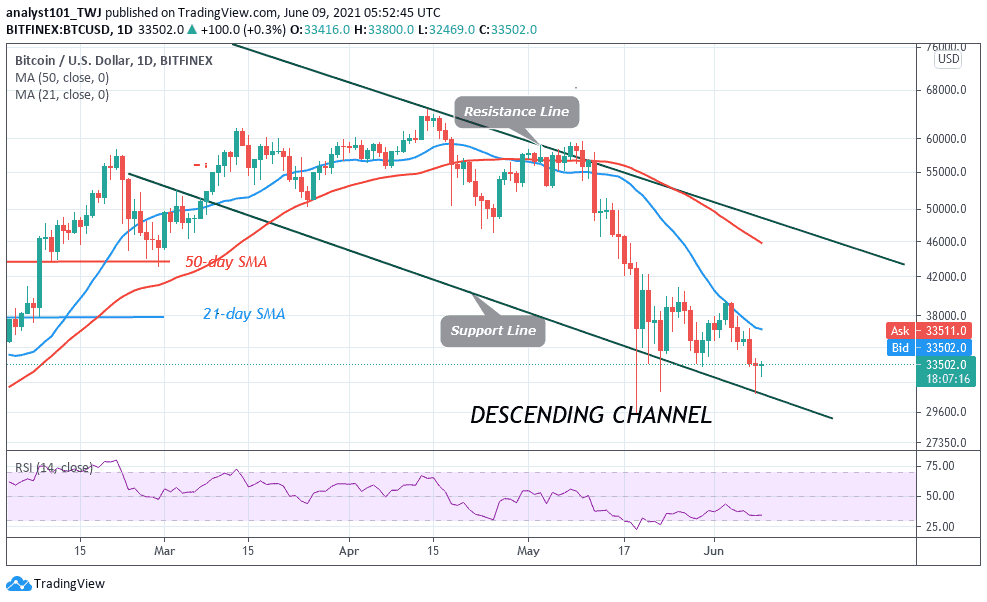 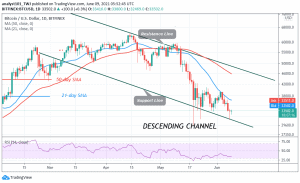 On May 8, Bitcoin declined to $31,000 support as Bitcoin risks $28,000 low. Following its initial fall from the $39,000 high, the king coin is making a gradual decline to the critical support at $30,000. BTC/USD has fallen to the bearish trend zone as price makes a series of lower highs and lower lows. Bitcoin bulls have an uphill task to defend the critical support at $30,000.

Yesterday, the bearish run continued as sellers pushed BTC’s price to the low of $31,075 support. Immediately, the bulls bought the dips as price corrected upward. The upward correction has reached a high of $33,837. However, for Bitcoin to overcome the bearish run, buyers have to push the coin above $39,000 resistance. The bullish momentum must be sustained above $40,000 high. A break above the $40,000 resistance will propel the BTC price to rally to $46,000 high. Today, crypto is correcting upward after falling to the critical support level. The current selling pressure will resume if the bears terminate the upward correction. That is if BTC’s price faces rejection at the recent high and plunges below the $30,000 support level. Bitcoin will fall and reach the $28,000 low.

Former U.S. President Donald Trump has indicated that the dollar should remain the “currency of the world.” While calling Bitcoin (BTC) a scam. According to President Donald Trump, he said: “Bitcoin, it just seems like a scam […] I don’t like it because it is another currency competing against the dollar. Essentially, it is a currency competing against the dollar. I want the dollar to be the currency of the world, that’s what I’ve always said.” Following the breakdown on the $31,000, BTC price resumed upward correction after the recent fall. The downtrend will resume if the upward correction faces rejection.

Meanwhile, on May 27 downtrend; a retraced candle body tested the 38.2% Fibonacci retracement level. The retracement indicates that the BTC price is likely to fall to level 2.618 Fibonacci extension or level $31,210.00. From the price action, Bitcoin tested the Fibonacci 2.618 level as price corrected upward. 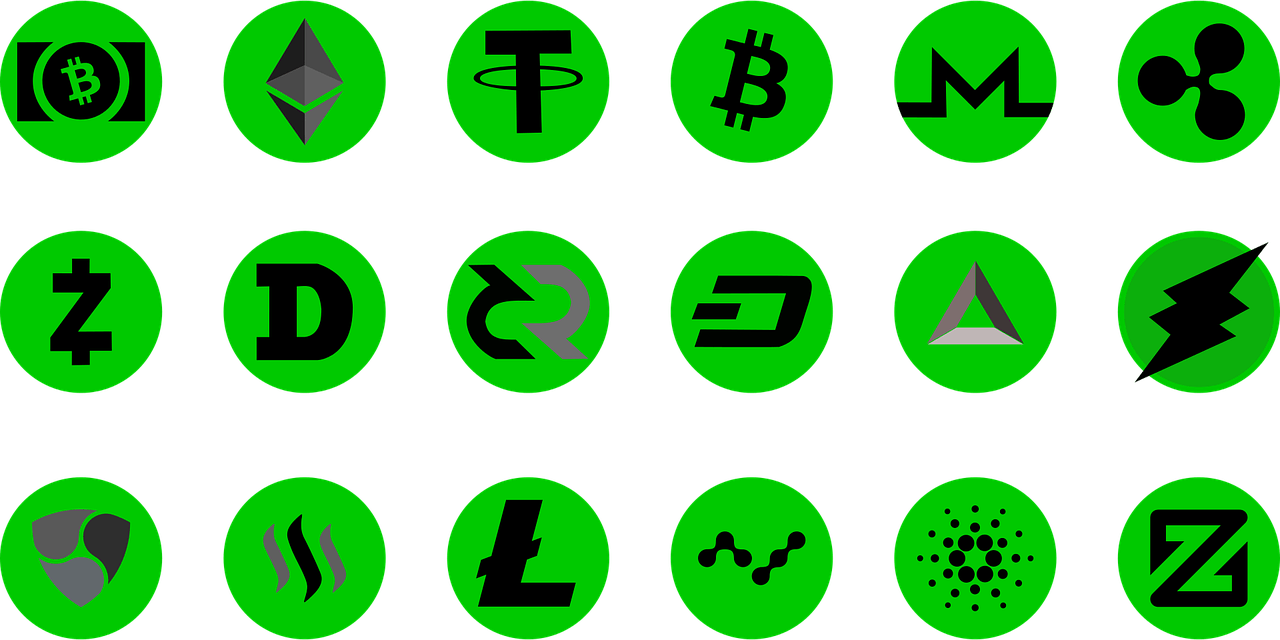 Which Cryptocurrency Will Explode June 2021 Week 2?

The cryptocurrency market continues to weather bad news. Its value plunged by more than ...