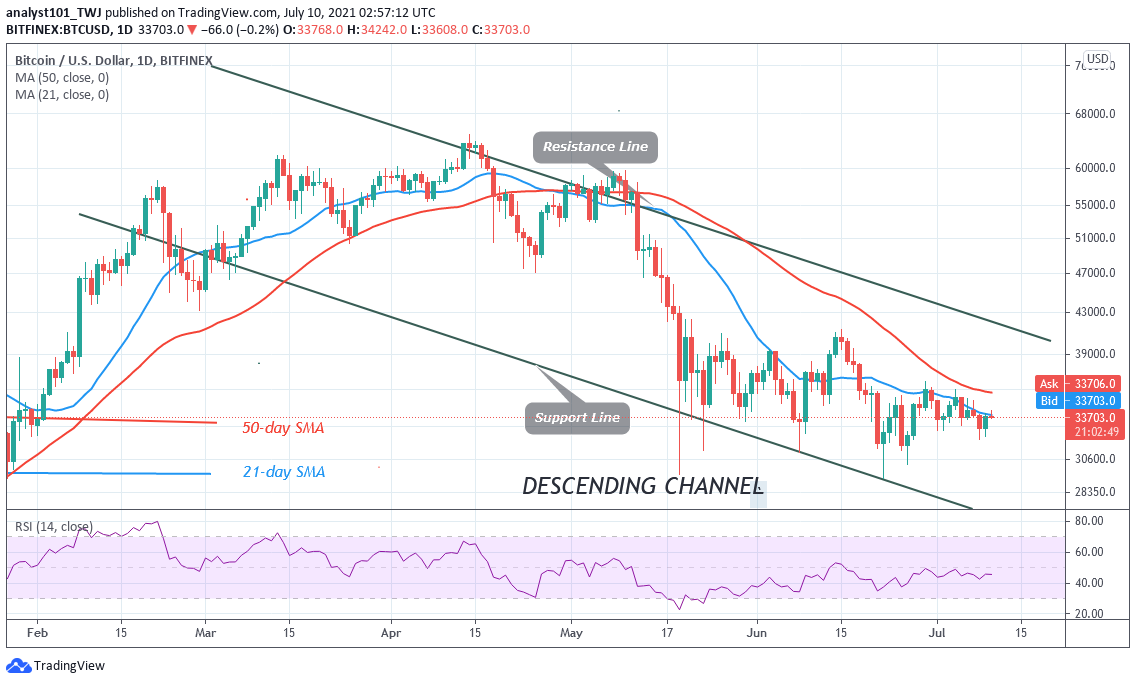 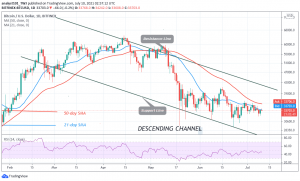 Bitcoin’s (BTC) price has been stuck below $34,400 high as it holds above $31,000. Since June 29, BTC’s price has been making a series of lower highs and lower lows. Buyers attempted but failed to break the $35,000 resistance level. In the process, BTC price made a lower high of $36,500 and later a lower low of $32,200. Bitcoin is now stuck below the $34,400 price level. For the past 48 hours, Bitcoin has been rising marginally before getting stuck below the recent high

Before the upward correction to the $34,400 high, buyers have made a fourth attempt to sustain the BTC price above the $35,000 resistance zone. In its recent rejection on July 7, the bears have the advantage of pushing BTC price to the critical support above $31,000. However, the crypto slumped to $32,100 as bulls bought the dips. Later, buyers pushed BTC’s price to the previous high below $34,400. Bitcoin would have further declined if sellers have succeeded in sinking the crypto below the $31,000 support. With the recent upward move, BTC/USD will resume its range-bound move between $31,000 and $41,273 price levels. Presently, the upward move is doubtful as Bitcoin is stuck below the $34,400 high.

ECLAC is the Economic Commission for Latin America and the Caribbean. It is a United Nations regional commission to encourage economic cooperation among the region. The body is having apprehension about El Salvador’s decision to accept Bitcoin (BTC) as legal tender.ECLAC executive secretary has stressed that there has no confirmed study of benefits or potential risks of El Salvador accepting BTC as legal tender. ECLAC executive secretary Alicia Bárcena has indicated that El Salvador may face some systemic risks including risks related to money laundering. The secretary expressed confidence that El Salvador will face scrutiny and risks from the Financial Action Task Force, or FATF, regarding its decision on Bitcoin adoption. ECLAC has expressed fear that Bitcoin does not fulfill the basic functions of money and that it is subject to extreme volatility.

Meanwhile, BTC’s price is trading marginally above $32,100 as it holds above $31,000. The moving averages are above the price bars which suggest a downward movement of prices. The 50-day and 21-day are acting as resistance to BTC price. The upward move is dependent upon BTC price breaking above the moving averages. 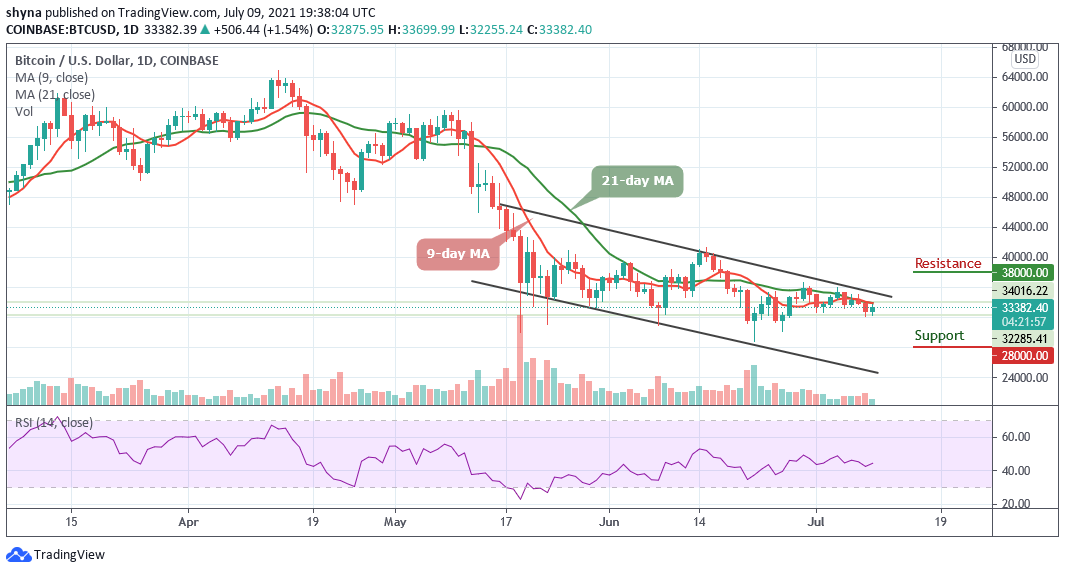