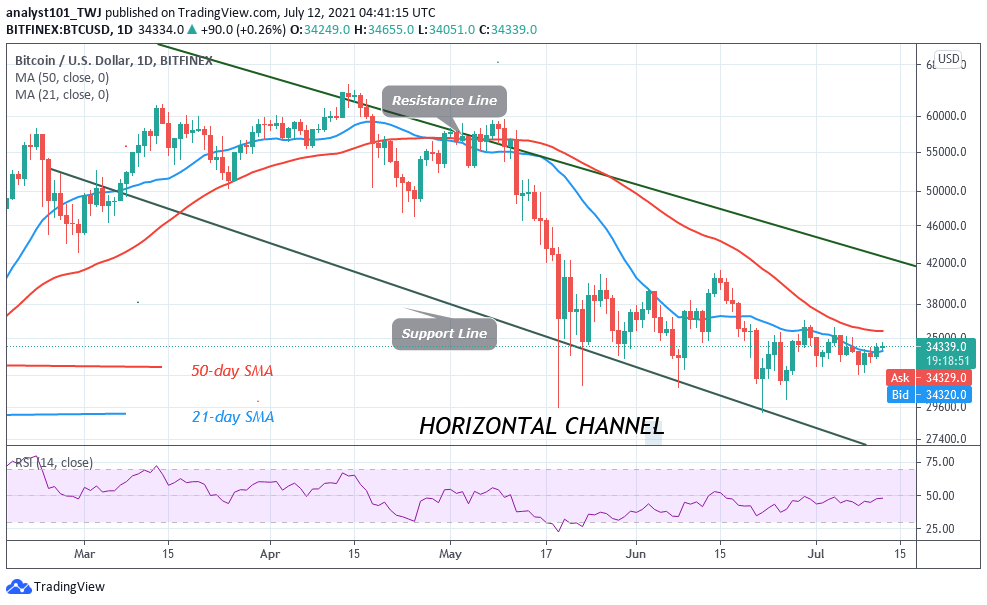 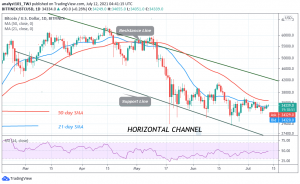 Since July 8, BTC’s price has been trading marginally as Bitcoin remains stable. However, the bullish momentum dries up at the $34,400 resistance zone. The implication is that the range-bound move will continue indefinitely. BTC price has been in a tight range since June 24. BTC/USD will encounter a breakdown or breakout if the current price action persists.

For the week, BTC’s price has been making a steady upward move. However, Bitcoin has been trading marginally because of the presence of small body candlesticks. These candlesticks describe the indecision between buyers and sellers as BTC price continues to move sluggishly. Presently, it is facing rejection at the initial resistance of $34,400. This resistance level has been holding since June 24. On the upside, if BTC’s price breaks the $34,400 or $35,000 resistance level, a rally to $41,272 and then to $42,500 is expected. Unfortunately, the bears have provided stiff resistance at these levels. Meanwhile, BTC price is at level 45 of the Relative Strength Index period 14. It indicates that Bitcoin is in the downtrend zone and capable of falling on the downside.

JPMorgan is an American megabank that has continued to criticize El Salvador’s declaration of Bitcoin as legal tender. Experts have won that there are potential risks for both country and the cryptocurrency. A JP Morgan expert group led by economist Steven Palacio has indicated that El Salvador’s BTC adoption as legal tender could put a strain on the Bitcoin network. The experts have explained that Bitcoin is highly illiquid, noting that most Bitcoin trading volumes are internalized by major exchanges. They indicated that more than 90% of Bitcoin is not changing hands in more than a year.

The experts said: “Daily payment activity in El Salvador would represent 4% of recent on-chain transaction volume and more than 1% of the total value of tokens which have been transferred between wallets in the past year”. According to a report, El Salvador’s adoption of Bitcoin as legal tender will pose a potential impact on the monetary system alongside official dollarization. There will be a continuous imbalance of demand for conversions of Bitcoin and the United States dollar. This will lead to the introduction of fiscal and balance of payments risk, the report added.

Meanwhile, Bitcoin is confined in a tight range between $31,000 and $34,400 as Bitcoin remains stable. BTC’s price is falling after retesting the recent high. Bitcoin lacks buying power at a higher price level as the crypto continues to face rejection at higher price levels. The upward movement will resume if the resistance at $34,400 is breached. However, the range-bound move will continue if $34,400 resistance and the $31,000 support. 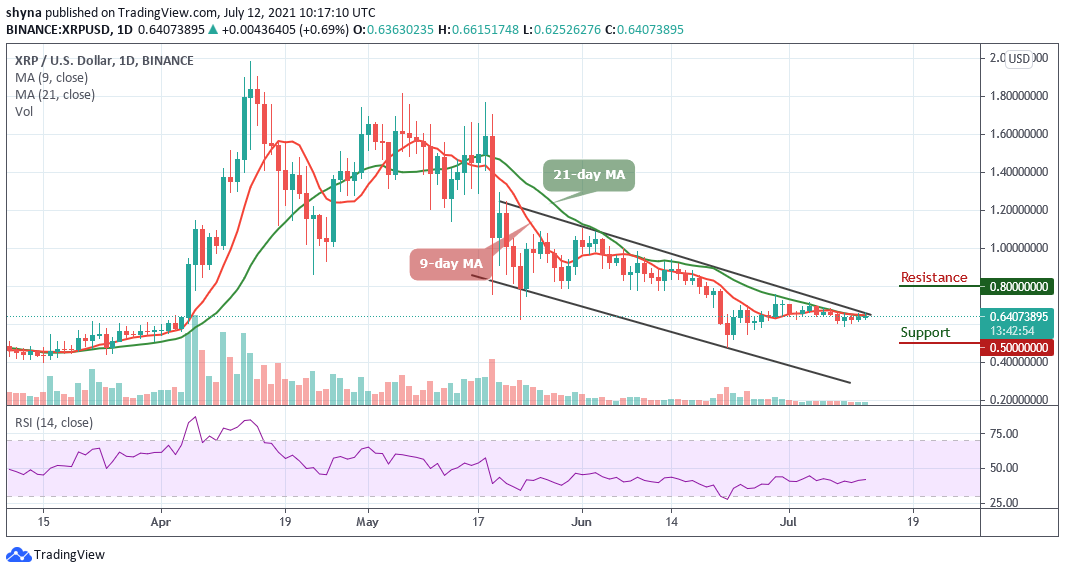