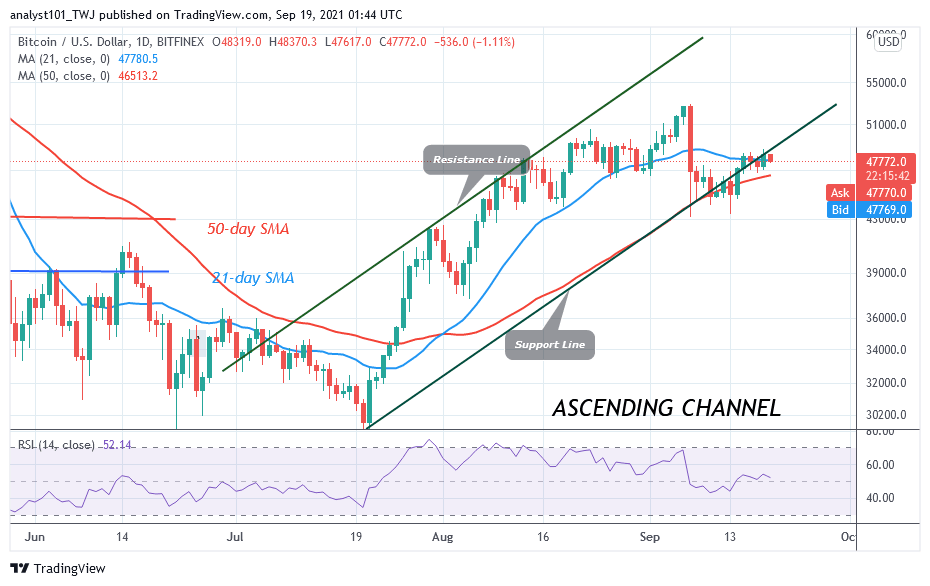 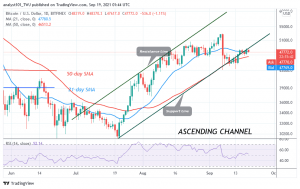 Today, BTC/USD traded as the market reached the high of $48,800 as Bitcoin resumes downward correction. The crypto faced stiff resistance as the market dropped sharply to the low of $47,800. Bitcoin bulls failed to sustain the bullish momentum to the $50,000 high. Consequently, BTC’s price dropped and recouped above the $47,800 support. Buyers have reclaimed the $48,000 support.

On September 18, buyers made a successful rally and reached the high of $48,800. Bitcoin was faced with stiff resistance at the recent high. Long candlesticks wicks are pointing in the direction of the resistance zone. The candlestick wicks indicate that there is strong selling pressure at the recent high. However, buyers resumed the second uptrend above the $47,800 support. The second uptrend was short-lived as the crypto was repelled at the $48,400 high. BTC’s price has resumed a downward move as it broke the previous support at $47,800. The current downtrend is likely to extend to the low of $47,200. Nevertheless, if the support at $47,200 holds, BTC/USD will be range-bound between $47,200 and $48,800.

Following adopting Bitcoin as a legal tender, the Salvadorian government has installed over 200 ATMs. El Salvador is now the third-largest network of crypto ATMs after the United States and Canada. El Salvador has exceeded United Kingdom’s crypto ATM count after deploying 205 crypto ATMs.The ATMs is to facilitate local Bitcoin transactions and BTC to U.S. dollar conversions. Meanwhile, the Salvadorean government has partnered with an in-house cryptocurrency wallet provider named Chivo to power the BTC wallets and ATM usage in the country. 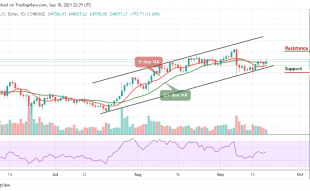