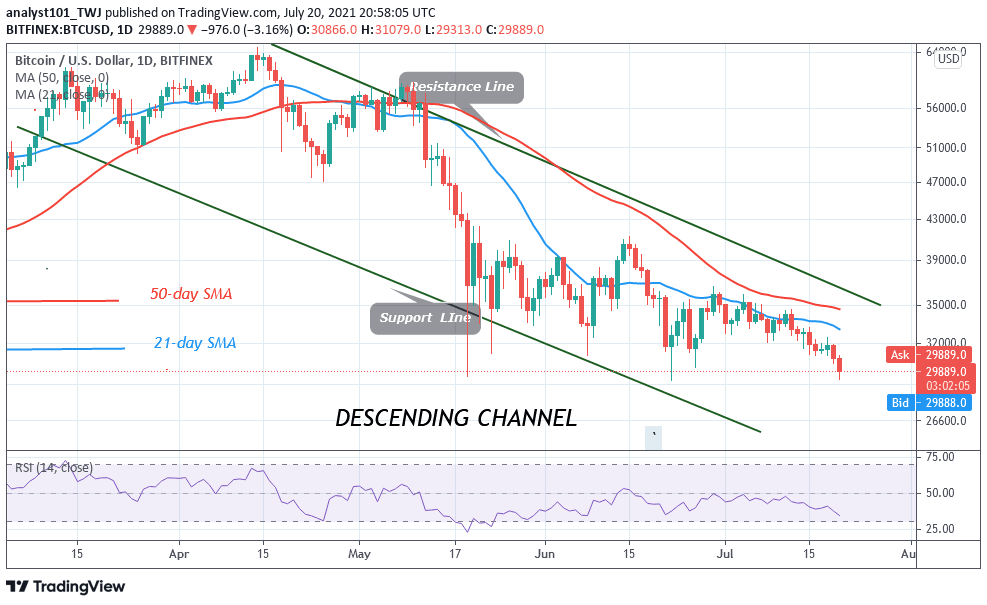 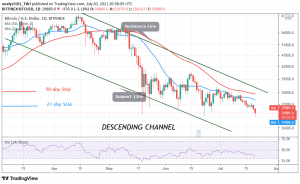 BTC/USD loses crucial support level at $31,000 as Bitcoin holds above $29,400.The breakdown has been confirmed as price retested the $32,400 twice before resuming downward. Today, the bears have broken below the $30,000 support which signals a further downward move.

On the upside, if BTC’s price rebounds above the $29,400 support, Bitcoin will rally above the $31,000 high. The bullish momentum will extend to the $32,000 high. Conversely, if the bears break the $29,400 support, the BTC price will decline to the $28,000 support. According to the daily stochastic, the market is below the 20% range of the daily stochastic. The king coin has reached the oversold region of the market.

Meanwhile, Bitcoin is now trading in a tight range as Bitcoin holds above $29,400. Bitcoin will resume an upward move if price breaks above the $30,100 high. Similarly, the king coin will further depreciate if the bears break below the $29,400 support. Meanwhile, BTC/USD is trading in the oversold region as buyers are expected to emerge. 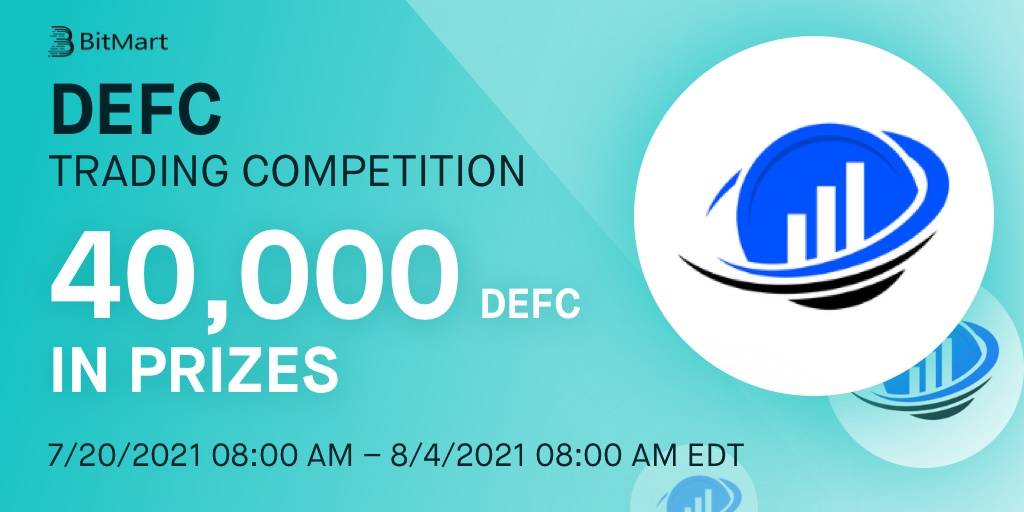 DeFi Coin (DEFC) listed on Bitmart yesterday and is currently trading at around 78 ...