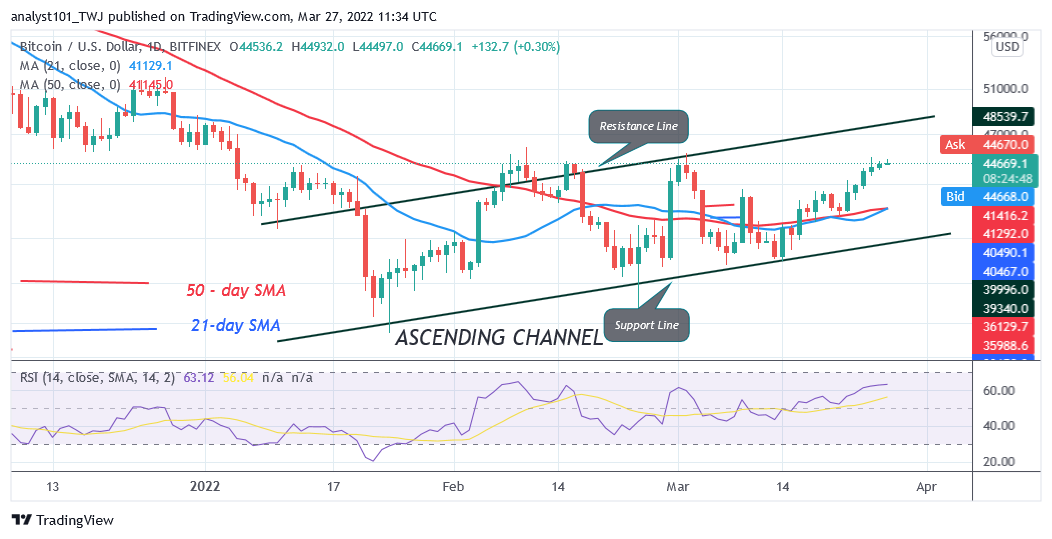 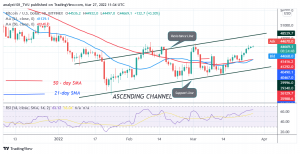 Following the retest at the $45,400 overhead resistance, the BTC price has continued to fluctuate below the resistance level. The price movement has been slow because of the presence of small body candlesticks called Doji. These candlesticks indicate the indecision between buyers and sellers about the direction of the market. Since March 25, the BTC price has been consolidating below the overhead resistance. It is said that consolidation below the resistance increases the chances of a breakout. On the upside, a strong rebound above the $44,000 support will propel BTC price to rally above $45,400 overhead resistance. Bitcoin will rise above the $50,000 psychological price level if buyers are successful. The bullish momentum will extend to the $52,000 high. Conversely, Bitcoin will be compelled to a range-bound move between $41,000 and $45,400 price levels, if BTC price is repelled.

Deaglan McEachern is the city’s mayor who has proposed the idea to city officials to allow residents to pay their bills with more payment choices. The mayor has indicated interest to learn about cryptocurrency and Blockchain. Because of this, the city of Portsmouth, New Hampshire, will allow residents to pay their bills in Bitcoin and other cryptocurrencies.

Mayor McEachern said that “there are waves of new things that will affect us in terms of our future that use the type of technology used in cryptocurrency.” He went on to say: “I want to make sure Portsmouth is not waiting around to see how this is going to affect us in the future because it’s already affecting us.” The mayor indicated that any cryptocurrency payments would be converted into U.S. dollars so that there is no impact on the city’s monetary practices.

Meanwhile, the BTC price is still fluctuating below the $45,400 overhead resistance as Bitcoin prepares for Breakout. Bitcoin is trading marginally below the overhead resistance. The price movement has been insignificant because of the presence of Doji candlesticks. Bitcoin risks a further decline as the market reaches the overbought region. 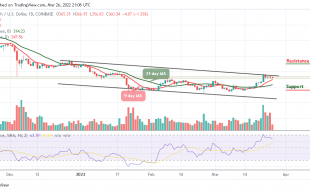 Bitcoin Cash Price Prediction: BCH/USD Is Down Slightly by 1.33%