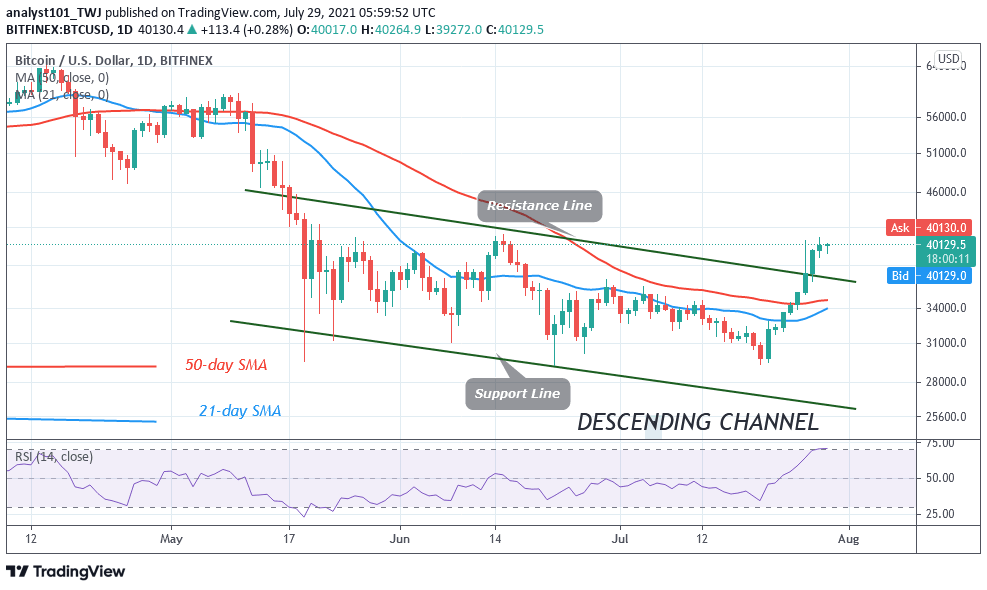 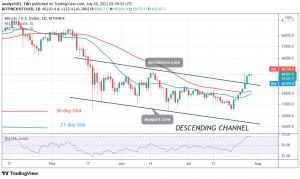 Bitcoin price crosses above the $40,000 high as Bitcoin remains bullish. However, the current bullish move above the recent high has not been convincing.

The bulls are yet to clear the resistance zones between $40.000 to $42,450 price levels. Buyers have been able to sustain recent rallies as the market fluctuates between $38,000 and $40,000. Today, BTC price is retracing from the recent high.

The RSI and the daily stochastic have indicated that the crypto has reached the overbought region of the market.

The implication is that the recent rally is likely to subside. The overbought region is likely to attract sellers who will push prices down. On the downside, if Bitcoin retraces, it will plunge to the low of $35,000. Meanwhile, BTC’s price is still above the moving average which indicates further upsides.

The theme of the International Trade and Finance Conference is “Facilitating Trade and Trade-Finance in AfCFTA; The Role of the Financial Services Sector.” He believes that trade between African countries demands a “single central payment” system.

According to him, moving goods over African borders is costly and time-consuming. However, a digital payments system would remedy these issues. Finally, he said: “When the scourge of the COVID-19 pandemic hit and forced many economies into partial and total lockdowns, it reinforced the need to pursue digitization.”

Nevertheless, BTC/USD consolidates between $38,000 and $40,000 as Bitcoin remains bullish.

As the market fluctuates, the bulls will attempt to push Bitcoin to the previous highs. Meanwhile, on July 26 uptrend; a retraced candle body tested the 78.6% Fibonacci retracement level. The retracement indicates that Bitcoin will rise but reverse at level 1.272 Fibonacci extension or level $43,526.40. From the price action, BTC price is struggling to sustain above the $40,000 high. 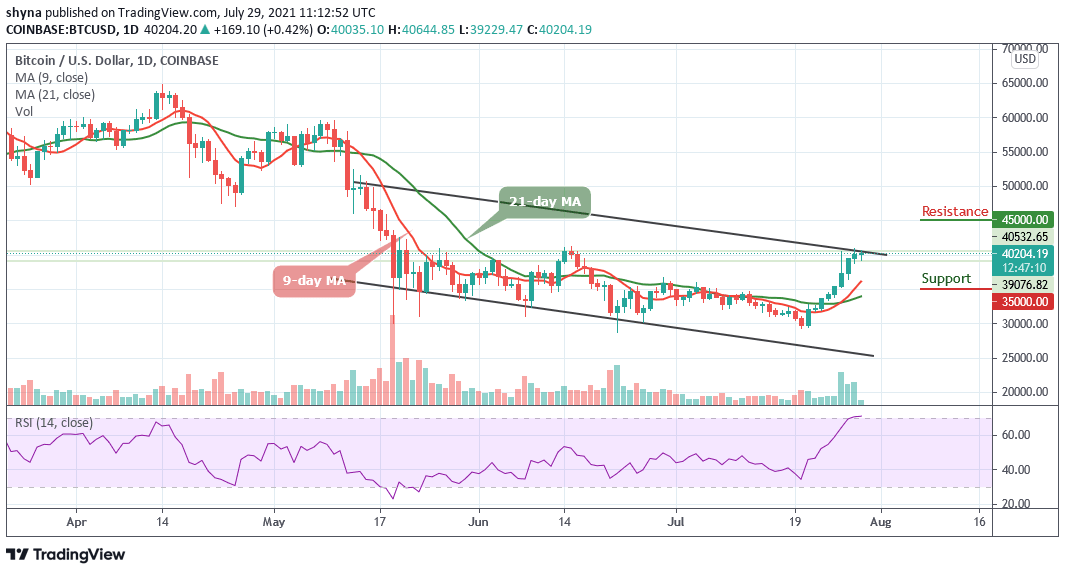 Bitcoin Price Prediction: BTC/USD Back Above $40,000