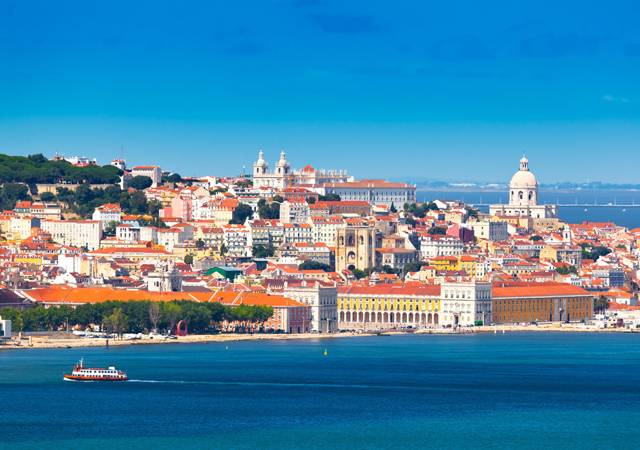 LONDON (InsideBitcoins) — Every nationality exhibits one or two tell-tale idiosyncrasies that form part of the cultural norms of the society from which they originate. The Portuguese for example are renowned for their careful analysis of any given situation; where some act and then think, the people of Portugal always seems to think, consider the consequences, and only then act.

The country’s first Bitcoin ATM was not installed until October of last year, the same month in which the country’s central bank warned that bitcoin was ‘unsafe.’ Such sentiments are familiar to all who take interest in bitcoin’s well being but the bank’s warning came, predictably enough, somewhat late in the day.

Which is not to say that Portugal is indecisive. Portugal is a small country but vocal, influential and affluent. An EU member since 1986 and a Eurozone member since 1991, Portugal remains a senior partner in the EU, though one whose voice is naturally subsumed at times by its larger and more influential neighbor to the east, Spain.

Their colonial Empire, though long since gone, proved to be the most enduring; it lasted some 600 years and the tendrils it sent snaking across the globe, however unwelcome  they were at the time, have left  profound cultural, architectural and linguistic influences that belie the size of the nation itself. Portuguese, the ‘sweet and gracious language,’ is surprisingly enough the fifth largest in the world. 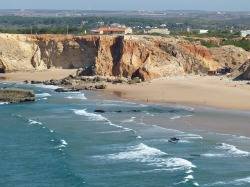 Portugal’s coastline which includes the Algarve — a word derived from the Arabic word Al-Gharb meaning the ‘West’  — is arguably the finest seaboard in the world; during summer months the population there triples as Europeans, 7 million of them on average, make their annual pilgrimage to an Atlantic slice of paradise. Here the waters are almost luminously blue and the Praia da Marinha regularly tops lists as the most beautiful beach in all of Europe — it is closed off at times so that international advertising companies can shoot commercials.

In the midst of such a slow pace of life, in a place where shoes suddenly become optional from May onwards, one might expect to see little activity in the realm of cryptocurrency, but like so many assumptions made about so inoffensive a place, rich rewards can be garnered by those who take the time to scratch below the surface. When Coinbase decided to expand its operations across Europe, Portugal was one of the 13 countries chosen as part of the initiative.

When the UK university town of Cambridge opened its first bitcoin ATM,  the machine it used was built in Portugal. And when the banking crises that sent shockwaves around the world became ‘intolerable,’ it was to bitcoin that the nation’s young minds turned to for inspiration. Crypto Escudo was set up in March of last year in order to ‘solve a serious problem for our country — the national debt problem,’ and listed as its primary goal to encourage the use of  ‘CESC as a new form of payment,’ and to establish it as ‘a new saving product.’

An idea born out of equal parts of  frustration and desperation, the chosen launch date of April 25th, 2014 coincided symbolically/deliberately with ‘Freedom Day,’ the date marked on the Portuguese calendar when the 1974 military coup in Lisbon changed the authoritarian regime into a democracy. It might not actually be bitcoin but the sentiment itself is laden with the same frustration felt by all who dabble in the world of cryptocurrency; bitcoin is not about revolution, it’s about the evolution of a series of processes that have failed us.

And although the country only sports 19 bitcoin merchants, the majority of which are located in Lisbon –the food, the vistas, the lifestyle, these are worth the trip in and of themselves; hotels can after all  be booked and paid for in bitcoin via Expedia and if you have to spend some fiat whilst relaxing  in the Algarve?

Ian Jackson is an Inside Bitcoins correspondent based in the U.K.
Photo credit: Lisbon by Eurail.com