Homenewsbabylon finance to shut up shop after rari exploit holes it below the water line?utm_source=coincodex&utm_medium=referral

Recently, Ramon Recuero, founder of Babylon Finance made it official, through his Medium blog post, that the DeFi platform will end its operation by the end of this year. This, as he comprehensively breaks it down, is a result of several factors, most of which were beyond the team’s control.

With Babylon Finance shutting operations, it has its investors and members worried about whether they would be reimbursed for their deposits or will have to incur a loss. As Recuero puts it a major factor behind the decline of his venture would be the $80 million Rari exploit, which cost Babylon $3.4 million.

The DeFi protocol was not able to overcome this setback, and the problem got worse as depositors started to abandon the platform after the incident. The bearish crypto market pulled down the value of BABL (Babylon’s official token) making any signs of recovery a distant dream.

With Babylon shutting its operation this November, it has added to the list of crypto projects that showed a lot of potential and yet failed miserably. Through this article, we assess the prime factors that led to the current state of affairs and what the Babylon team has in mind regarding reimbursing the depositors.

What is Babylon Finance?

Babylon Finance is a Decentralised asset management platform that enables its member to stake their cryptocurrencies in various pools and earn interest on the same. As is the case with any asset management enterprise, Babylon members expect maximum profit from their investments along with minimum risks.

To be a member, one has to purchase BABL tokens. The members can then create investment strategies. These are called ‘gardens’ by Babylonians. These Gardens are open for other members to join in. The cumulative investment helps them to save on gas money, taxes, etc.

When a member joins a garden, he is supposed to join the respective telegram group. In the group, anyone can recommend investment strategies. The recommended strategies are then put up for voting. Once voted in, the candidate strategy becomes an active strategy, whereas the strategies that have run their course are referred to as ‘completed strategy’.

Babylon Finance, as can be seen, was built keeping the community in mind. At its peak, it had more than 100,000 members. It was built to connect investors who knew about various investment options and strategies and actively participated in them with people who wanted to invest their crypto assets but did not have the requisite time or information to do the same.

In the long run, it made everyone more informed about various investment options.

The Impact of Rari Exploit

Rari Capital suffered a major hack on the 8th of May 2021, which drained it of almost $80 million dollars. The hack was caused because of the reentrancy vulnerability of the platform’s Fuse lending protocol. This came as a shock for various organizations, Babylon being one of those.

The asset management platform lost almost $3.4 million dollars of its depositors’ money to the exploit. The situation was made worse by the ever-declining value of Babylon’s in-house currency, which went from being worth $20 to $4. The platform went from having $30 million as its TVL (Total Value Locked) to a mere $4 million.

Babylonians were also not able to access Fuse pools of Rari, which was a major lending source for the community helping it earn huge returns.

The management, through their Twitter handle, has tried to communicate with the Hackers asking them to return the money in exchange for $10 million dollars and an opportunity to walk free.

The Rari exploit, as rightly pointed out by Recuero, has a major role to play in the untimely closure of Babylon Finance and has brought back security concerns in the spotlight again.

The founder said that they would not have been in a position like this had Rari, and its partners reimbursed them for the losses they incurred. But after the third and final vote (all thanks to TribeDAO) the reimbursement idea was dropped.

The decision was not justified as they had the required funds with them to do the same. The first two votes were in favor of the reimbursement for this reason.

Now that there was no hope for reimbursement coming from Rari, The Babylon team had to take upon itself the task of reimbursing the depositors from the treasury. All BABL and hBABL token holders will be reimbursed as per the co-founder.

However, the team would not be given any funds or be reimbursed for their holdings as the founder admits that they have failed and that the team should not be rewarded with funds if they have failed in their project or startup. This decision will reflect positively on the Babylon team as they are keeping their responsibilities (of paying back their token holders) above their needs for personal gain.

Recuero mentioned that the project was able to receive seed funding of $1.9 million dollars without any difficulty and further funding of $3 million too. He goes on to say that they would have been in a better position if they had waited for more capital. This is because reimbursement being made to the token holders is done against the capital locked with the project.

Babylon Finance is about to shut down on 15th November along with its discord server. It had managed to reach the Total Value Locked (popularly known as TVL) of $30 million dollars within one and half years since the beginning of its operations.

Had the Rari exploit never occurred, the project might still have been a success offering investors a way to invest their idle crypto assets and earn good interests in return. This also highlights the glaring problem of cyber security in the ever-growing and vulnerable DeFi industry that must be addressed at the earliest. 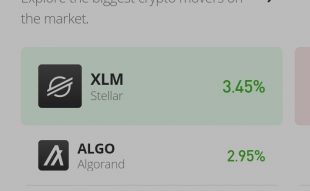