Homenewsaustralian senators want country to be a major crypto hub

An Australian Senate inquiry has come up with several proposals to attract digital and crypto firms to set up a base in the island country. Some of the proposals by this committee include changes to the existing taxation laws, licensing and regulatory requirements.

According to the senators in the committee, the current crypto regulatory framework in Australia is inadequate. The senators believe that if these new proposals are accepted into law, they could enable Australia to be the next digital innovation hub.

Change in Licensing for Crypto Exchanges

The Select Committee on Australia as a Technology and Financial Centre has the role of researching and proposing better crypto and digital assets regulations. The committee notes that these assets are highly unregulated.

The committee has proposed 12 recommendations that involve new licensing requirements for cryptocurrency exchange platforms and digital asset custody firms. Some of these recommendations include formulating proposals that will enable these firms to comply with the anti-money laundering and counter-terrorism financing requirements.

The committee stated that the inquiry has led to the discovery that some exchanges operating in Australia were not fully regulated despite managing billions of dollars in trading volumes annually.

Cryptocurrency exchanges that want to operate in Australia only have to register with AUSTRAC, an anti-money laundering regulator. This creates a gap in regulations because the regulatory oversight of AUSTRAC does not cover investor protection.

The Australian Senate Select Committee on Fintech and RegTech was first established in 2019. The Chair of this committee is Andrew Bragg, and the committee has now become popularly known as the Bragg Inquiry. The committee’s main goals revolve around the crypto sector and strengthening the regulatory environment for firms operating in the sector.

The committee also addressed the giant issue of capital gains taxes charged for digital currency trades. The committee’s recommendations stated “where there is a clearly definable capital gain or loss” after a trade has been established.

However, the committee’s recommendations did not specify when capital gains taxes would be charged after a trade. The committee also recommended a 10% tax discount on businesses that used renewable energy to mine cryptocurrencies.

According to Bragg, these recommendations would encourage innovation and protect consumers. Bragg stated that he intended for these proposals to be legislated into law within 12 months. He was concerned with the “brain drain and the loss of good people” as the Australian crypto market moves to offshore locations. 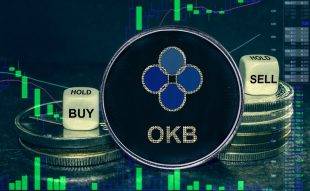 While the broader market continues to dip, with Bitcoin dropping to around $60K, some ...