The USD 100,000 cash prize of the CV Competition for Finance goes to ambrpay, a startup founded by Andreas Hauri, a neuroscientist who used to grow brains in a lab before he turned tech entrepreneur. 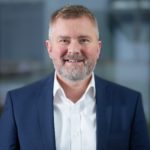 Several financial institutions, universities and industry leaders partnered with the CV Competition for Finance. “The space is growing up. The startups solve real problems and create tangible products to drive blockchain adoption further. We are very proud that ambrpay has won this year’s competition and welcome the team to the Crypto Valley ecosystem“, said Mathias Ruch, Founder and CEO CV VC.

With 70 speakers and around 900 attendees, the CV Summit in Zug is the premier gathering of the blockchain community in Crypto Valley. Organized by inacta and the blockchain investment company CV VC, the Summit reunites startups, corporates, thought leaders and service providers in the blockchain space. 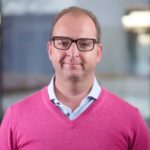 “We are delighted that in this edition of the CV Summit, we could bring together outstanding players from the financial industry with innovators working with the blockchain technology”,

says Ralf Glabischnig, Founder and Managing Partner of Inacta and Founder of CV VC. One of the most prominent corporates at the Summit expanding into the crypto space is SIX Digital Exchange.

Another highlight was the presentation of new projects of the Swiss Blockchain Taskforce that was developed into Swiss Blockchain Federation. Half a year after the publication of the Whitepaper that was handed over to Federal Councillor Johann N. Schneider-Ammann at the last summit, the Taskforce is now organized as Private Public Partnership.

Its new president Heinz Tännler, Minister of Finance of the Canton of Zug, said that the industry in the crypto valley needs a smart regulation and legal certainty. Tännler promised that the Federation will shape the blockchain regulation coming up next year.