Homenewsall bitcoin atms in the uk declared illegal by the fca?utm_source=coincodex&utm_medium=referral

The UK financial market watchdog, the Financial Conduct Authority (FCA), has announced a ban on all the cryptocurrency ATMs in the country. The regulatory body has stated that the ATMs are operating illegally.

Cryptocurrency ATMs have been on the rise over the past year. These facilities make it easy for people to transact between cryptocurrencies and fiat currencies.

Cryptocurrency ATMs are facilities that accept and dispense cryptocurrencies. The FCA has stated that they should not be registered before they resume their operations. According to the regulatory body, these ATMs should comply with Blighty’s Money Laundering Regulations (MLR). The MLR was effected in 2020 to regulate digital assets.

In a statement, the FCA stated that “None of the crypto asset firms registered with us has been approved to offer crypto ATM services, meaning that any of them operating in the UK are doing so illegally, and consumers should not be using them.”

The FCA published a list of the unregistered cryptocurrency trading and exchange firms operating in the UK. The tough regulations imposed by the FCA have resulted in more than 100 cryptocurrency businesses leaving their operations in the UK.

However, some firms have remained put as they seek to streamline their operations by getting the required licenses. Additionally, some cryptocurrency ATMs are still operating despite the FCA terming their operations illegal. The regulatory body has warned that they would face further action if these companies do not shut down their operations.

“We regularly warn consumers that crypto assets are unregulated and high-risk, which means people are very unlikely to have any protection if things go wrong, so people should be prepared to lose all their money if they choose to invest in them,” regulatory body added. 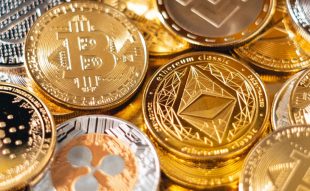 The Rise of Crypto Casinos

It’s easy to think of cryptocurrencies as just a new payment method. To be ...