Homenews5 most bullish metaverse projects for 10x returns in 2022?utm_source=coincodex&utm_medium=referral 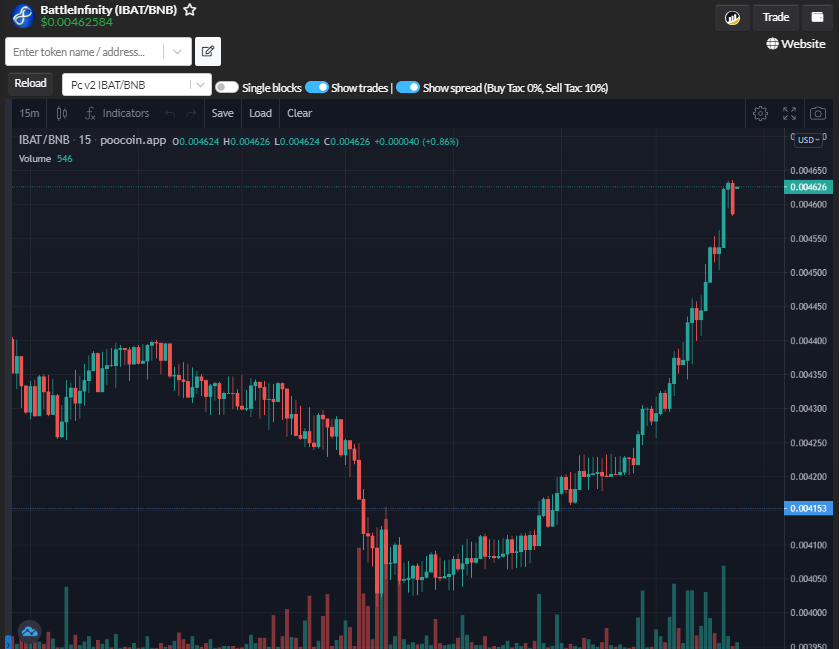 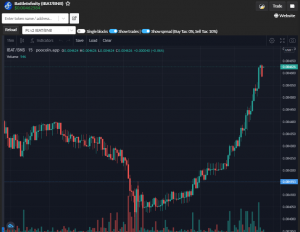 One of the most popular segments of the Web3 ecosystem is the metaverse, which may represent the future of sectors like blockchain gaming and non-fungible assets (NFTs). Platforms for the crypto business move into the metaverse alongside major tech companies.

Here are the top 5 most bullish metaverse projects for 10x returns in 2022 according to Crypto Insights:.

Even though the cryptocurrency markets have been generally gloomy during the past month, Rich Quack has performed nicely. Investors who bought any Rich Quack in July would still be up more than 40% after the most recent pump.

Rich Quack is still in a macro-downtrend and is not actively trading, technically speaking. Additionally, there has been a substantial amount of price movement fluctuation recently. Rich Quack (QUACK), which is currently trading at $0.000000001056, has a market size of $44 million and is ranked #412 out of all cryptocurrencies by Coinmarketcap.

On the 4-hour time frame price charts, we can see Rich Quack (QUACK) is forming an ascending triangle, a bullish chart pattern.

If Rich Quack can hold its current price levels and stay within the $0.00000000104 support zone of the ascending triangle, an upswing continuation is possible.

The BNB Chain (BSC) network has begun the RichQuack initiative. It has been made known that it would play an anti-inflationary role in the financial system, giving investors the chance to protect their investments against a weakening economy.

Investors panicked due to the sharp decline from the recent high, but opportunities for speculative traders seeking high-risk investments with potentially sky-high rewards flashed as well.

Despite the project’s speculative character and lack of use cases, we are gradually seeing more people becoming BabyDoge holders, one of the most crucial indicators of growth for any form of cryptocurrency or financial asset.

BABYDOGE represents the project’s utility and governance tokens. It is a 420 quadrillion coin that has undergone CERTIK auditing. The token is popular and lucrative because its market value has increased by as much as 3500% since its introduction.

The network levies a fee of 10% on each transaction, of which 5% is distributed to token holders through a process known as reflection, and the remaining 5% is once more divided into two parts: a portion is kept as BABYDOGE tokens, while the other is converted to Binance Coin (BNB) tokens.

The exchange liquidity pool for the project is then credited with these tokens. With over 1.1 million confirmed users and a liquidity pool of around $22.5 million, pancakeswap has a large user base.

The cryptocurrency industry has showed interest in BABYDOGE’s long-term viability and value. It has the potential to be financially rewarding. As of February 2022, it has been sponsoring NASCAR driver Brandon Brown and has established sports ties with the organisation.

A meme coin initiative called BabyDoge Coin (BABYDOGE) is dedicated to making cryptocurrency and decentralised financial systems accessible to the general public. They are also committed to assisting homeless pets. The project was introduced in June 2021 by a group of skilled anonymous developers. The idea has grown in popularity and buzz within the cryptocurrency world.

Utilising a VR application or live streaming, the CEEK Metaverse platform connects communities in sports, music, and other fields. One of the best projects in the metaverse to invest in is the token because of its distinctive offering.

Interested investors can also purchase CEEK to profit from the expansion of the metaverse platform. This week, Ceek revealed a collaboration with Billboard to create a series showcasing some of the most famous moments in music history.

The future price of CEEK VR is difficult to forecast since it depends on a variety of variables, including as how well the CEEK VR network performs, the state of the stock market, the cost of other cryptocurrencies, and the success of the world economy.

However, suppose CEEK VR maintains its present rate of platform expansion. In that case, it’s feasible that the price evaluation for CEEK will quickly return to its previous high and most likely surpass it. Even though they are backed up by evidence and other reasonably reliable criteria, keep in mind that these are primarily conjectures. Let’s go on to the intriguing portion after that.

The pricing projection from CEEK VR supports influential figures in the financial industry. The number of partnerships and events involving the Bitcoin business indicates that many people generally have confidence in cryptocurrencies.

In light of that and its performance over the previous year, CEEK VR may experience significant growth by the end of this year and surpass the $0.48 price threshold. In more detail, we expect that the price of CEEK will range between $0.45 and $0.54.

Floki is the other metaverse initiative that has the potential to generate 10X profits. One of the top meme coins available is FLOKI. Elon Musk, the CEO of Tesla, owns a Shiba Inu named Floki, and the digital asset was created in his honour.

Although FLOKI is mostly recognised as a meme coin, its creators have been attempting to make it more useful. The creation of the Valhalla metaverse is the result of this. Valhalla is set to be one of the top metaverse projects on the BNB chain.

New brands and personalities were added to the metaverse in a July update, which is designed to increase the game’s diversity. More investors are looking to purchase Floki Inu as Valhalla starts to take shape.

The project will establish an inclusive community that will promote participation through the appropriate collaborations and use cases. FLOKI token owners would be encouraged to engage with the ecosystem and engage in transactional activity.

Floki Inu is derived from the Shiba Inu community token, a well-known dog theme-based coin. It is a multi-chain project that may be accessed on numerous blockchains. Now available on the Ethereum blockchain and the Binance Smart Chain.

For the benefit of its users, Floki Inu has created three programmes. These three projects are the gaming metaverse Floki, the NFT marketplace Valhalla, and the cryptocurrency knowledge portal FlokiPlaces for new cryptocurrency beginners.

As a pet owner, you can exchange your NFT for a desirable replacement as well as $PETS in return.

The group is also establishing a MicroPets ecosystem, where users will be able to lock their pets for a period of 14 days and watch them develop into stronger NFTs. Increasing the users’ chances of receiving incentives.

The group also disclosed plans to collaborate with Cubix, a game development business, to release a P2P game. Users can participate in this game and advance through it to receive rewards. They were increasing the MicroPets NFTs’ earning potential.

The fact that anyone can buy $PETS tokens, regardless of their financial situation, makes MicroPets an even more incredible investment prospect.

MicroPets, one of the most attractive NFTs on the Binance Chain, offers cute animals that can be exchanged and staked. Users interested in purchasing NFTs can purchase a box with MicroPets tokens containing a random NFT and wager rewards on the website. A pet’s value increases logically with its rarity.

Users can then exchange these NFTs for $PETS or stake them for MicroPets payouts, dependent on the stake multiplier. All platform transactions take place using the $PETS native token of MicroPets.

If you want to connect with the metaverse, there are many high-potential and exciting metaverse cryptocurrencies to invest in. Still, we would suggest picking one of the five listed above.

We will also like to draw your attention to projects such as Battle Infinity which is the first metaverse based fantasy gaming platform and Tamadoge that comes with Tamaverse. Both of these projects have many use-cases and come with solid fundamentals.

Battle Infinity’s native token IBAT sold out within 25 days of the launch of its presale, collecting around 16500 BNB. In the same way Tamadoge’s presale is live and it has raised close to $11 million till now.

You can read about both the projects here – Battle Infinity, Tamadoge. Also, you can read the full whitepaper and roadmap of Tamadoge at Buy.Tamadoge.io.

We hope you found the piece helpful. 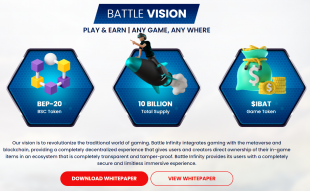 Should You Invest In Battle Infinity To Survive The Crypto Winter?