The cryptocurrency market is coming back to life. It has regained a total cap of $2 trillion, representing a rise of 10% in the past 24 hours. Pretty much every major coin has risen along with it, including bitcoin (BTC) and ethereum (ETH). However, there remains plenty of ground left to regain compared to the highs of November. As such, here’s our pick of the 5 best cryptocurrency to buy on low prices. 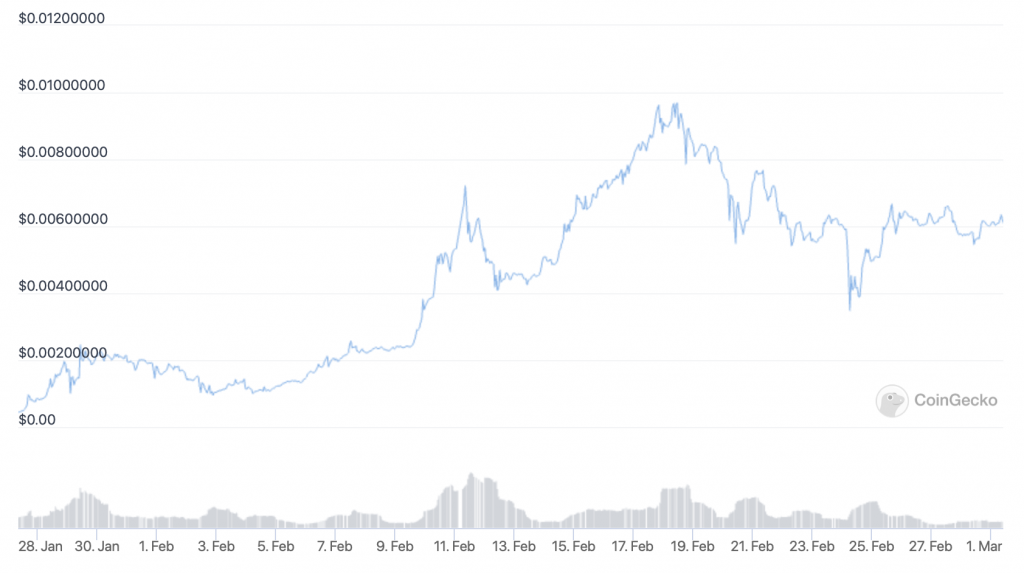 This impressive rise points to the long-term momentum LBLOCK is picking up right now. Running on Binance Smart Chain, it’s the native token of the Lucky Block lottery platform and has now accumulated 40,000 holders. This is since launching at the end of January.

Users can enter Lucky Block lottery draws by purchasing tickets using LBLOCK.  Ticket holders receive the chance to win 70% of each lottery’s jackpot fund, while 10% of each fund will be shared equally among all LBLOCK holders.

While Lucky Block isn’t due to hold its first draw until March 25th, it’s already generating buzz. It recently declared itself the “fastest-growing cryptocurrency in history,” based on the fact that it reached a $1 billion market cap within three weeks.

LBLOCK is currently listed on PancakeSwap and LBANK Exchange, with more listings to come soon. Lucky Block is also laughing its own range of non-fungible tokens, limited to 10,000. In other words, the platform’s growth should result in a rising price for LBLOCK.

Get your $LBlock now at https://t.co/c3zY3rwnG7 to make sure you’re eligible to buy our #NFT! 🔥 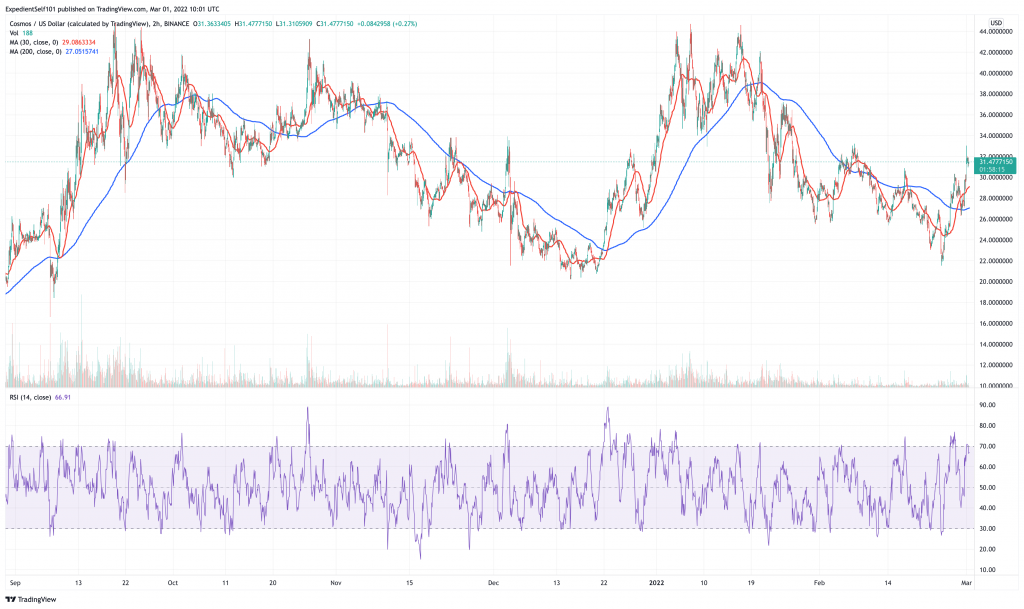 ATOM’s indicators show that it’s gaining some significant momentum. Its relative strength index (in purple above) has risen to 70. Likewise, its 30-day moving average (in red) recently overtook its 200-day average (in blue). The fact that it’s still rising signals a potentially ongoing rally.

The @Cosmos ecosystem is gaining steam, and is unique among L1 alternatives to ETH.

It's architected as a constellation of L1's that are natively interoperable. This means horizontal scaling where each dapp creates its own capacity. And it means assets can move between chains.

Designed as an inter-network of multiple layer-one blockchains, Cosmos has been attracting increased usage recently. Its total value locked in rose to $17 billion in February, making it the second-biggest ecosystem after Ethereum.

⚛️The @cosmos ecosystem is heating up and is now #2 by TVL behind Ethereum.@terra_money @cronos_chain @osmosiszone are currently the largest blockchains, and are connected via Cosmos' Inter-Blockchain Communications (IBC) protocol.@OFernau reports👇https://t.co/H7rAJZkZhm

Another factor helping ATOM is the creation of an exchange-traded product listed by 21Shares in Switzerland. This has opened its market up to bigger/institutional investors. 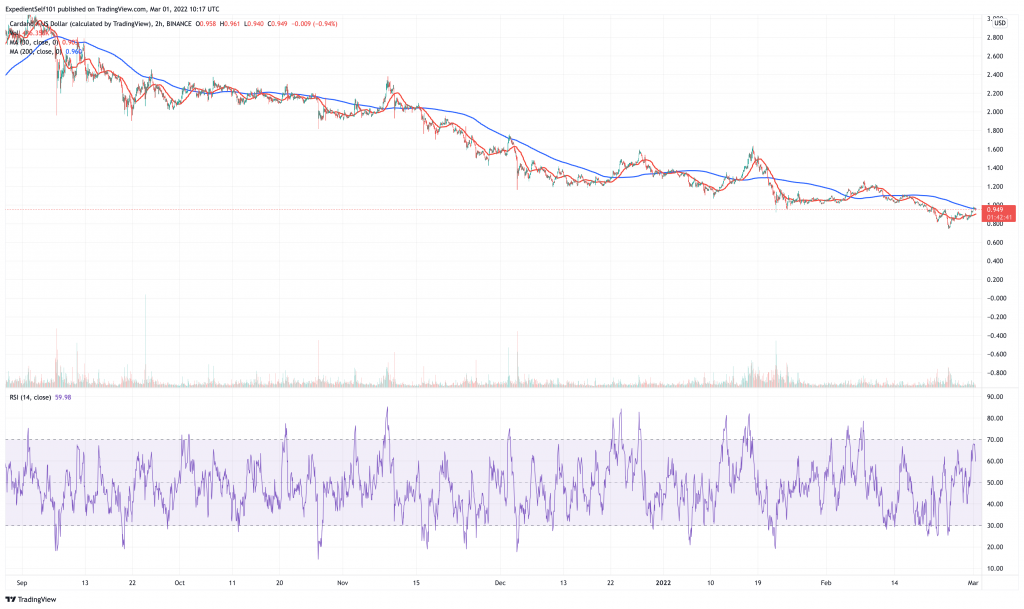 ADA is lining itself up for a big recovery rally in the not-too distant future. While its price has been declining since September, its RSI has begun to pick up in the past few days. At the same time, its 30-day average has begun rising up towards its 200-day, indicating an incoming turnaround.

Such a turnaround is due sooner or later. Since rolling out smart contracts in September, ADA’s native platform, Cardano, has been steadily building out its DeFi ecosystem. For example, it celebrated the launch of its first decentralized exchange, SundaeSwap, on January 20.

And after years in the virtual wilderness, it is also racking up a total value locked in. At $124 million, this figure remains comparatively modest, but has risen by 3,000% in about a month. This growth suggests that when Cardano’s ecosystem reaches a critical mass, ADA could experiencing significant surges. This is why it’s one of our 5 best cryptocurrency to buy on low prices. 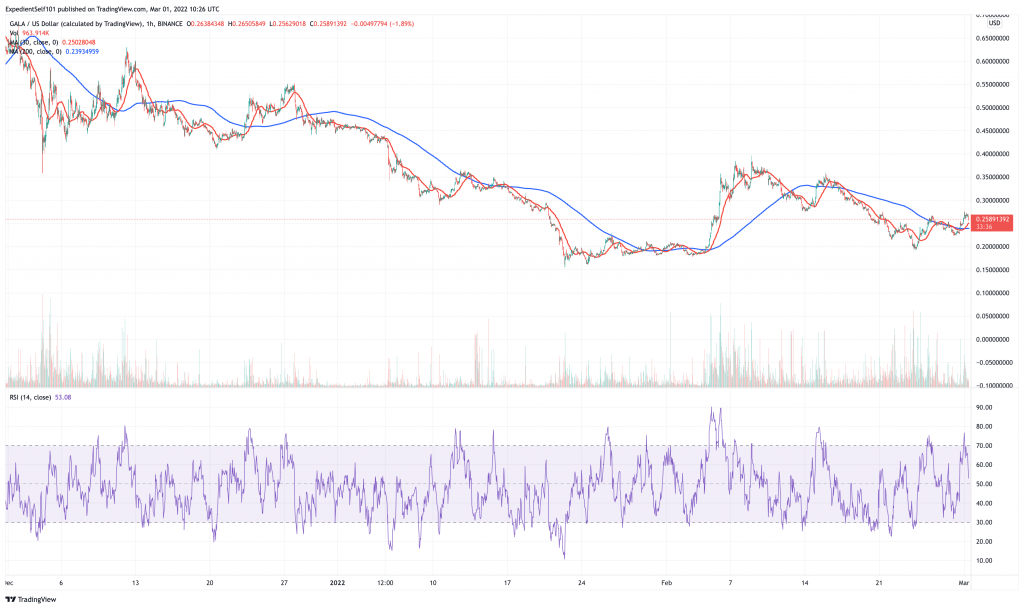 GALA’s indicators highlight how it’s coming alive. Its RSI passed 70 a few hours ago, while its 30-day average has just overtaken its 200-day. So after several months of gradual decline, it could be about to begin a recovery.

Even prior to today’s market-wide rally, GALA had been steadily healing itself. This is largely due to the growth in play-to-earn gaming. As the native token of the Gala Games platform, the launch of new titles (such as Legends Reborn and SpiderTanks) had buoyed it in recent weeks. Meanwhile, Gala has also witnessed various new partnerships, including with none other than rapper Snoop Dogg.

On top of this, GALA remains a relatively new coin, so it continues to attract new listings. Most recently, its addition to Kraken on February 25 prefigured a rise from around $0.2 to $0.2666.

* Unavailable to clients in US, CA, AUS & JP 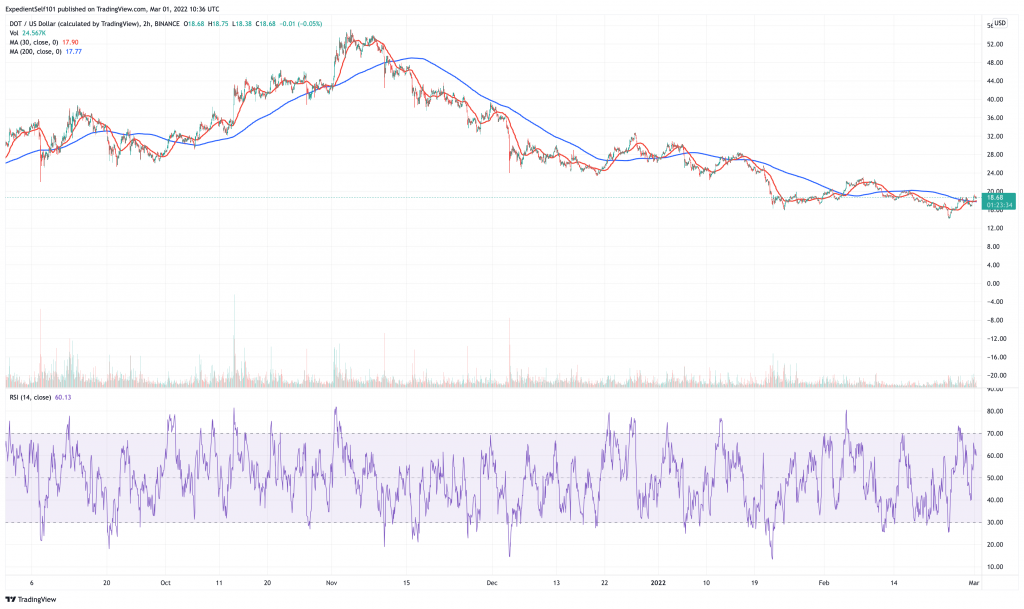 DOT’s technicals show a resurgence. Its RSI had been hovering around 30 for a couple of weeks in February, but is now around 60. Similarly, its 30-day average has just overtaken its 200-day. This shows that the tides are turning as far as its price action is concerned.

As with ADA, DOT is another altcoin that is long overdue a rally. Polkadot remains a fundamentally promising layer-one blockchain and has been hosting auctions for parachain slots on its main chain since the end of 2021. These will determine which projects join Polkadot’s main network, with the tenth platform — Interlay — due to be onboarded on March 11.

Increased usage of Polkadot means more DeFi activity and, most importantly, more demand for DOT. And with auctions scheduled for the rest of the year, there will eventually come a point where the chain has a thriving ecosystem. Indeed, certain analysts believe DOT could be one of the biggest coins of 2022. This is why it’s one of our 5 best cryptocurrency to buy on low prices. 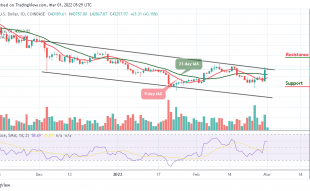