What are the 3 best DEX opportunities? Decentralized exchange (DEX) cryptocurrencies appear to be all the rage these days and although they have taken a battering of late, most are still in their infancy and are expected to climb to considerable highs in the next few months/years.

As with almost all the crypto market, DEX cryptos saw a substantial loss in their volume with some even dropping close to 70% after reaching all-time highs around mid-April. For the purposes of this analysis, we selected three cryptos that we believe have considerable long term potential for investment and these are UNI, 1INCH and SUSHI.

Uniswap is an innovative project which runs a decentralised crypto exchange on the ERC-20 network. With 108 coins, it is surely one of the biggest decentralised exchanges up there and has considerable potential.

In fact, with its bull run that started in late February, it rose by over 200% to reach a high of around $41 although it did crash considerably in late April/early May when it descended to below the $20 level. As of June 17, UNI is trading at around $22.70 or a 2% increase over the past 24 hours.

However, increasing volume is a sure sign that the price is primed for a rebound in the short to medium term. If one had to look at the 52-week chart, the return is still pretty astonishing at well over 225% and with a market dominance of 0.81% and a market cap of $22.1 billion, it is well on its way to become an extremely strong crypto in the DEX field.

As always, it is rather difficult to make a prediction on coin over a 5-year period but there seems to be considerable consensus that UNI is set for a substantial rise over the next few years.

Things look slightly static for 2023 with a price that remains around the $58 mark whilst 2024 could see a high of around $80 dollars. Walletinvestor is much more bullish on UNI, where they are predicting it to go to a meteoric $250 in 2025 or a walloping increase of 300%.

The 1inch protocol is an aggregator solution rather than a swap decentralised exchange and like all crypto it experienced a huge price hike in early to mid-2021 only to retreat considerably although it is still massively up from its starting point in January 2021.

Definitely a long-term investment, although as always this is not investment advice. However, with the continual growth of DEFI exchanges, the future looks pretty bright for the 1INCH coin.

This ubiquitously named coin is another DEX crypto that looks to be on the rise for the long term. It is currently trading at around $9 which means that it has been static for the past weeks although it also dropped significantly in the mid May market crash.

Controversy also dogged SUSHI in 202 when one of the main architects of the project suddenly withdrew all his coin holdings causing the price to tank but it eventually recovered and is now quite stable.

WalletInvestor is also very bullish on this coin predicting a price of around $130 by 2026 which would mean returns of well over 1000% over a five year period. 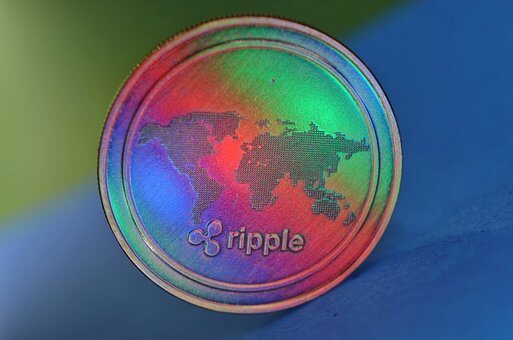 Ripple (XRP) could be a better fit for remittances than bitcoin for El Salvador ...

Litecoin Price Prediction: LTC/USD Drops Below $185 as the Market Bleeds